Governments should set domestic and international targets to combat drought, desertification and land degradation, a panel of experts has advised a UN meeting.

The call came at the conclusion of a two day session of the UN’s Convention to Combat Desertification (UNCCD), the agency charged with restoring poor soils and tackling drought.

During the Rio+20 summit last year it committed to targeting a land degradation neutral world.  Attention will now turn to devising policies that can achieve this goal during its formal summit in Namibia this September.

“We need to make sure that the ambitious vision of a land-degradation neutral world does not remain a platitude,” said UNCCD Executive Secretary Luc Gnacadja, “but is translated into action supported and encouraged by operational and deliverable targets on the national, regional and international levels.” 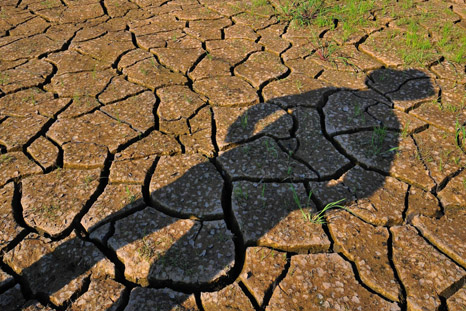 The meeting concluded that the best way to ensure this is to build a framework of targets and indicators.

“Experts at this meeting agreed that UNCCD should move to a target-setting approach to measure impact on the ground,” added Gnacadja. “We are ready to take this recommendation forward and to assist countries in making the paradigm shift in land stewardship from a degrade-abandon-migrate to a protect-sustain-restore approach.”

“The successful experience of a series of national forest plans in South Korea, first launched in the early 1970s, proves that rehabilitating land leads to economic growth. Today, forests cover 64% of our country and we are eager to share this experience with the world,” said Dr. Won Sop Shin Minister of Korea’s Forest Service.

Climate change has exacerbated drought conditions for many by making rainfall patterns more variable. The impact on soils, themselves an important carbon sink, and their inability to support vegetation in turn increases the concentration of CO2 in the atmosphere.

Australia is the only country in the world with a formal drought strategy.