Rising global temperatures as a result of climate change have been unanimously linked to the erratic and unpredictable weather displayed last week in Uttarakhand, said researchers from the Potsdam Institute for Climate Impact Research, Germany.

Almost 80% of India’s annual rainfall occurs during the monsoon season, consequently an increase in rain will further aggravate the risk of more frequent and intense flooding, putting the lives of many in danger. 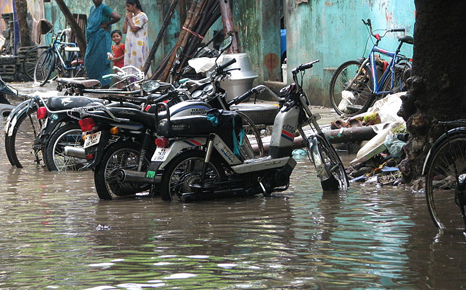 The unexpectedly early and powerful rains over Northwest India have now killed around 130 people and left 70,000 pilgrims stranded, damaged temple towns, and washed away roads and 21 bridges in Uttarakhand.

Based on data since 1950, evidence suggests that climate change has altered the magnitude and frequency of some extreme weather and climate events in some global regions already, according to the Intergovernmental Panel on Climate Change (IPCC).

Having previously failed to act on climate change warnings, the floods in Uttarakhand seem to have caused the government to make a U-turn.

“Extreme weather is becoming more common, the June 17 rains might be read in the context of climate change,” said Minister for Earth Sciences Shailesh Nayak.

Environmental activists in India have also listed poor planning by the government as another factor accusing them of not having a suitable disaster management plan according to a report by the Comptroller and Auditor General (CAG).

Unfortunately, the frequency of these disasters dictates how quickly these measures will be implemented said Neha Rai, International Institute for Environment and Development.

“Flooding is a very intermittent issue [in India),” said Rai. But countries like Bangladesh, where flooding has been on-going since 1998, have been more proactive about making long-term plans, she added.

India is in dire need of learning from its neighbours if it is to stop disasters like Uttarakhand from recurring.

“Flood management systems need to be designed so that even if they are overwhelmed by flood waters, the failure is not catastrophic. UN Disaster Risk Reduction (UNISDR) emphasises the need for early warning systems, reduction of social vulnerability through land use planning and leadership at local government level,” said Margareta Wahlström, special representative of the Secretary-General for UNDRR.

Bangladesh is a prime example of a country planning for disaster.

With agriculture as Bangladesh’s main livelihood, Rai said communities there have come up with some innovative long-term solutions to protect crops like investing in certain types of seeds according to flood patterns and incorporating floating cultivation practices in naturally water-logged and low lying areas. 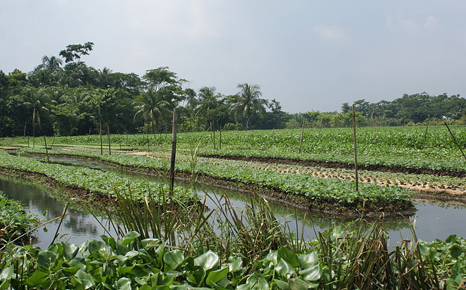 For unexpected flooding, communities put holes into the embankments that the water flows into to stop soil erosion.

Even without taking climate change into account, disaster risk will continue to increase in many countries in Asia, according to a report by the IPCC. Sufficient planning and funds are required to engage local communities to take matters into their own hands as in countries like Bangladesh.