The EU carbon market could cancel out 700m tonnes of greenhouse gas reductions if ambitious reforms are not made, the campaign group Sandbag has claimed.

A new report published by Sandbag claims CO2 cuts from other EU policies after 2020 as roll-over surpluses further weaken the effectiveness of the EU’s flagship climate tool.

The recession reduced demand for carbon credits while the absence of stricter EU climate targets meant supply remained too high.

MEPs will vote on a plan to reduce this excess on July 3 but many feel the measures on the table do not go far enough. 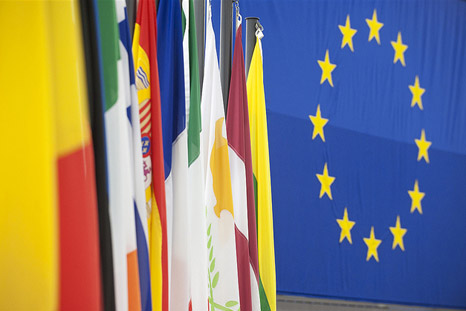 The EU must tighten the rules of its carbon market or risk cancelling out some of its other emission cutting legislation (Source: Flickr/European Parliament)

Without more aggressive action to reform the ETS, Sandbag warns that it will no longer fulfill its objective to cost effectively reduce emissions and combat global warming.

“A minimum level of ambition must be restored to the EU ETS if is to be prevented from cancelling out other policies and damaging Europe’s international credibility,” said the report’s author Damien Morris.

By allowing unused credits in each phase of the scheme to be passed on to the next, the surplus is growing. Meanwhile credits earned from other carbon offsetting platforms are also jeopardising the EU Emissions Trading System’s (ETS) integrity.

Some of these more questionable credits are considered to not be “additional” as in the emission reductions involved would have happened anyway.

“In the run up to a new international climate agreement, Europe can ill afford to hoard carbon allowances the EU ETS has stored up from the recession and other climate policies. The backloading debate must serve as a stepping stone to a separate decision to permanently cancel at least 1.7bn allowances,” he added.

A previous vote at the European Parliament rejected plans to hold back 940m credits from the next phase of the market. Revised plans agreed last week have cut that number to 900m and include a condition that the intervention will be a one off.

Sandbag claims 1.7bn credits must be not just withheld from the market, but permanently removed.