Comment: Obama raised expectations, now he must meet them

Was that the Obama speech climate campaigners have waited five years to hear?

Or was it just a great speech?

There’s no doubt when it comes to set piece occasions, few can compete with the US President.

The question is if, and how, it changes the game.

For the largely sympathetic audience watching the speech in the blistering heat of Georgetown, there appears to be little doubt these were sincere words.

Fred Krupp, President of the Environmental Defense League, a Washington think tank close to Obama met the President ahead of his address.

“From what he told me and from what he told the nation, I am leaving campus more hopeful and energized about our chances to prevent climate catastrophe than I have been in a long while,” he said.

This was a reasoned, rational and forceful address. More the pity no US national network picked it up. 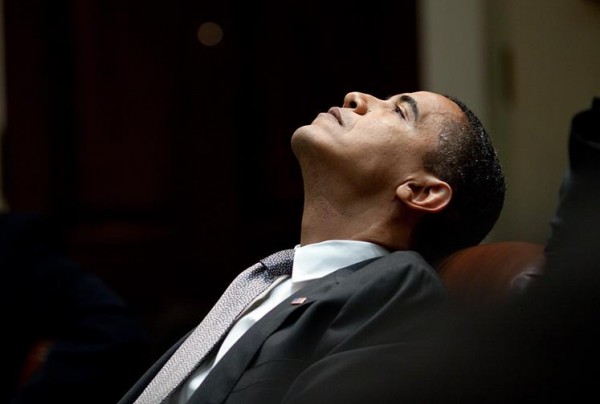 Obama must deliver on the sentiments behind his strong climate action speech (Source: White House/Pete Souza)

Obama argued for action in plain language that the man on the street can understand, touching on economic growth, jobs, energy bills and taking responsibility for the future.

And he touched a nerve with his call for his fellow countrymen to have faith in America’s capacity for change and renewal – effectively accusing his critics of being defeatist.

“The problem with all these tired excuses for inaction is that it suggests a fundamental lack of faith in American business and American ingenuity,” he said.

“These critics seem to think that when we ask our businesses to innovate and reduce pollution and lead, they can’t or they won’t do it. They’ll just kind of give up and quit. But in America, we know that’s not true. Look at our history.”

The meat in the sandwich for environmentalists was the promise of new regulations on coal and gas power stations.

But this call to the man on the street to have faith in their country was the sauce – a cry to the heart of the USA, which prides itself on resourcefulness and innovation.

Setting the plan to one side. If this speech achieved anything, it was changing the narrative of climate change from struggle and disaster to hope and opportunity.

This is the signal many business leaders want – a clear sign from one of the world’s most powerful men that the low carbon economy is the way forward.

If anyone doubts the effectiveness of that message today, check the share price of some of the biggest coal producers. Peabody’s price has slumped by 17% since June 15, although it revived by 1.2% last night.

Expect the war on coal rhetoric from Congress to double, and attacks on a President avoiding the heart of democracy to get louder.

And it’s not just the leading coal companies or Republicans who are angry.

Many greens believe this is simply not enough to avert a climate catastrophe.

Nafeez Ahmed sums it up succinctly in the Guardian, describing it as ‘fatally compromised’ given Obama’s strong support for fracking.

One veteran environment correspondent emailed me yesterday with the line: ‘If this is leadership, then I’m a banana’, a fruity burst of cynicism amid all the praise for Obama.

But given the background to this speech – and the political capital the President has now staked on getting the ball rolling – perhaps he deserves to be given a brief break.

A decision on the Keystone Pipeline awaits; its future will be based on potential impacts on climate change, Obama said.

This, more than his speech, will be a real test of willpower.

Another barometer will be the USA’s attitude at the UN climate talks, a forum it has form in poisoning.

Last December in Doha small island states were left in tears as US negotiator Todd Stern deftly batted away their pleas for greater ambition.

Obama’s calls for greater action worldwide will only resonate if the US shows willing not just to push its own technology and cheap gas, but to listen to the concerns of smaller nations.

The real prize in question is 2015, and the prospect of a legally binding global emissions deal, set to be signed off in Paris.

This speech and plan has given the climate change sector a valuable boost just when it was needed.

Progressive business like Nike, GM, GE, Unilever and Walmart are backing a clean future – it’s now time for more national leaders to grow some too.