Belgium, Germany, Norway, Switzerland and the USA have pledged nearly $200 million in climate adaptation investment to the world’s poorest countries.

Contributions will be channelled through the Least Developed Countries Fund and the Special Climate Change Fund (LDCF/SCCF), which are managed by the Global Environment Facility (GEF).

According to the GEF this takes total international commitments for investment in climate change adaptation programs in some of the world’s most vulnerable regions to more than $1 billion.

The news came on the same day the LDCF and SCCF approved $44.83 million in grant funding for Cameroon, Haiti, Namibia and the Andes region.

“The donors are stepping up to the adaptation challenge, and this is absolutely critical given the state of our climate, and we are truly grateful for the support of these nations as well as their vote of confidence in the LDCF and SCCF,” said Bonizella Biagini, Head of the GEF Climate Change Adaptation Program. 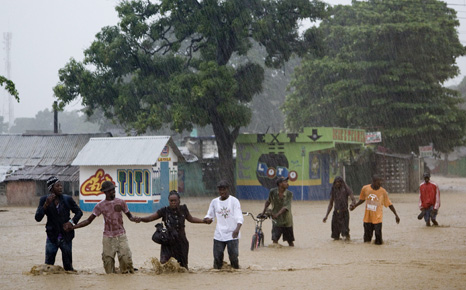 The LDCF and SCCF are targeted at adaptation financing for the poorest countries in the world and for climate-vulnerable countries including small island states.

“Evidence around the globe calls for concerted action on mitigation, but also on adaptation and preparedness.

“The adaptation program of the GEF, financed under LDCF and SCCF, addresses these challenges through concrete adaptation actions that contribute to poverty alleviation, build resistance in all development sectors including food security, and build capacity for disaster risk management and prevention.”

Previously the bulk of climate finance has been targeted at mitigation efforts, such as clean energy projects, but in recent years adaptation has become more urgent.

Increasing finance flows is likely to be a major topic at this November’s UN climate summit in Warsaw.

The presence of senior finance figures would please poorer nations reliant on aid.

In their closing statement ay the UN talks in Bonn two weeks ago, the group of Least Developed Countries (LDCs) called on nations contributing climate finance to provide details on the size of those pledges before the end of this year.

Governments have committed to provide $100bn a year of climate finance by 2020 via the Green Climate Fund.