Why poorest nations can take control of our climate destiny

As rich nations dither on everything from decades-old aid promises and recent pledges of climate finance, it is time for the Least Developed Countries (LDCs) to stop playing the waiting game and start acting like leaders.

Not only is the time is ripe for these 49 nations with a combined population of nearly one billion to adopt new roles, they also have much to share.

But for this to work, the world’s richer nations will need to give them the floor and then sit back and listen. They could learn a lot.

Right now, we are a couple of years away from the 2015 deadline for these nations to meet the Millennium Development Goals (MDGs), which world leaders agreed in 2000.

While these goals had the important aim of tackling poverty and all of its harmful side effects, they were set largely by the powerful nations of the West and imposed upon the poorer countries. 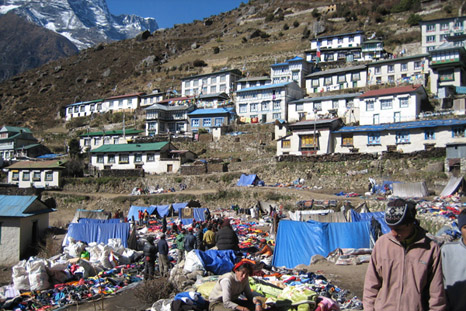 Progress towards the goals has been mixed, and as the deadline looms it is clear that some of the goals will need to continue after 2015. That’s when a new set of Sustainable Development Goals (SDGs) will begin – this time for all nations.

The SDGs will focus not only on the human dimensions of development – i.e. poverty – but also on the environmental. And unlike with the MDGs, they will require action in the rich countries, as well as the poor.

It is critical that the LDCs play a stronger role in choosing and defining these goals than they did for the MDGs, because they are not only the world’s poorest nations but also those most vulnerable to environmental problems that the rich countries create – such as climate change.

It is absolutely essential that the LDCs are allowed, and indeed enabled, to have a strong say in setting the post-2015 SDGs.

But this is not just because of issues of international justice and equity. It is also because some of the LDCs have achieved considerable things, despite their circumstances. In sharing them, they can inspire positive change in other LDCs as well as in richer nations.

I’ll give you some examples.

Bangladesh, while being the biggest LDC in terms of population is also amongst the poorest and most vulnerable, but has made considerable achievements in meeting most of the MDGs and is leading the world in tackling the impacts of climate change through adaptation. It is doing this with its own money.

Nepal has devolved rights to manage a vast portion of the country’s forests to communities, creating stronger local incentives for sustainable use and conservation of this resource.

Bhutan has pledged to be remain carbon-neutral, now and forever. That means it will maintain its forests and other landscapes so that they store more carbon each year than the country emits into the atmosphere each year.

The Least Developed Countries face a rare opportunity to set the agenda and to avoid following the West down the road to unsustainable development. In developing the post-2015 SDG agenda the LDCs need to be looked at only as victims but have much experience to contribute as well.