By mid century, the snow-capped mountains of Southern California will be a lot less snowy, according to a new study from the University of California Los Angeles.

The mountains beyond Pasadena, Hollywood, Beverly Hills, Venice Beach and other iconic addresses will have 30-40% less snow on top and none at all at lower elevations. And by 2100, snowfall could be reduced to about a third of its level in 2000.

Alex Hall, of UCLA’s department of atmospheric and oceanic sciences, warned “Climate change has become inevitable, and we’re going to lose a substantial amount of snow by mid-century.

“But our choices matter. By the end of the century there will be stark differences in how much snowfall remains, depending on whether we begin to mitigate greenhouse gas emissions.” 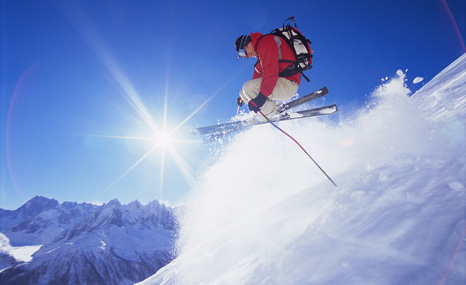 The study was produced with funding from the City of Los Angeles – the city’s mayor Antonio Villaraigosa called it “clear and compelling” – and it examined snowfall in the San Gabriel and San Bernadino mountains and other ranges.

The consequences for tourist and leisure industries could be considerable: local enthusiasts use the slopes for skiing and snowboarding; lower snowfalls could have implications for water supplies, agriculture and increased flooding from more frequent rains.

The scientists used climate models and real data from local townships to quantify future snow forecasts, but did not measure snow melt. Earlier research had established that the city and its environs could expect to experience a warming of 4° to 5°F (around 2.5°C) by mid century.

By then, the snowpack would be melting 16 days earlier than it did at the beginning of the century. Temperatures would fall to freezing later, and less often, so what fell would be rain, with quicker runoff and more flooding as a consequence.

The researcher considered two scenarios – one the notorious “business as usual” prospect, in which greenhouse gas emissions continued to rise without restraint, and the other a world in which governments and society tried to significantly reduce emissions.

By 2050, under the mitigation scenario, snowfall would be reduced 31% by 2050, but would stay relatively stable and only be at 33% below baseline by 2100. If the world fails to take action to mitigate climate change, by 2100 however, loss of snow is expected to reach 67% by the end of the century.

“Los Angeles must begin today to prepare for climate change,” said Mayor Villaraigosa. “We invested in this study and created the AdaptLA framework to craft innovative solutions and preserve our quality of life for the next generation of Angelenos.”