Fixing carbon markets and mechanisms will do nothing to reduce emissions without ambitious climate policies from governments a senior climate diplomat has warned.

“The JI will be put to good use only when countries do what’s needed with respect to commitments to reduce. This is an extremely urgent matter, not to save the JI, but to avoid calamity,” he told RTCC in an emailed interview.

Oderson has been overseeing a review of the JI to get it back on its feet and is confident it will have a role to play when a new, global treaty replaces Kyoto in 2020.

Read the full interview with Oderson below: 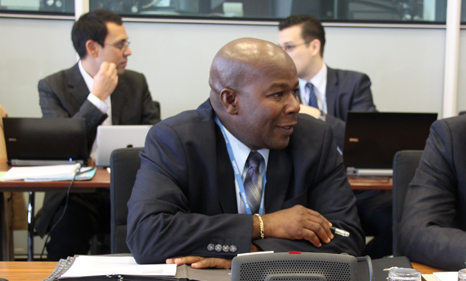 What effect has the new extended but streamlined Kyoto Protocol had on the JI in the 6 months since Doha finished?

Agreeing a second commitment period to the Kyoto Protocol was a key success of Doha. In the six months since COP 18, the JI Supervisory Committee has been working to fine-tune its recommendations to the Parties on how to improve the JI for a stronger future. This JISC is hopeful that these recommendations will be adopted in Warsaw at the end of the year.

Low carbon prices and imbalances in supply and demand are being addressed in carbon markets, what is the best course of action in your opinion to address low prices in offset mechanisms?

Again, countries need to increase their level of ambition to reduce greenhouse gas emissions. If countries committed to the level of abatement that is required to address climate change, then demand for tools like JI – and the clean development mechanism, and other mechanisms and approaches – would be immediate and substantial.

Given the types of projects that JI invests in, energy efficiency for example, do you think it can argue more than others that participation has economic advantages?

I think the strength of JI is that it can be used by countries to focus investment on whatever sector makes sense. However, the mechanism’s value is tied to countries’ efforts to reduce emissions. With prices for units so low, and emission reduction ambition well below what is needed to address climate change, the incentive is just not there.

How important is ambitious climate action by governments in making tools like the JI effective?

JI will be put to good use only when countries do what’s needed with respect to commitments to reduce. This is an extremely urgent matter, not to save the JI, but to avoid calamity.

The JI exists, above all, as a mechanism to support least-cost options for climate change mitigation. Climate change is not going away. It is the JISC’s job to ensure that JI is there for countries when they do turn to reach for it.

With the benefit of hindsight, what would change about the JI if you could redesign it?

Joint implementation is a fully functioning tool that countries took a great deal of trouble to create. JI has shown that it works, but it has also shown that it could be improved. The JISC has invested a lot of effort into developing recommendations to do just that.

The key feature of our recommendations is creating a single track for the oversight of JI projects, administered by an international body. Only then will people have the level of comfort in the mechanism that is required, with respect to the reliability of oversight and the quality of the emission reductions produced.

The recommendations also include creating an aligned or unified accreditation process with the CDM, an appeals procedure and clear additionality requirements amongst other things. The full recommendations are on the UNFCCC website (JISC 30, Annex 1).

How do you see the future of the JI in the new climate regime?

National governments and the private sector see value in the JI mechanism. It works, helping countries to focus and incentivize investment. Parties could quite easily agree to the needed improvements in JI – these have already been before them for consideration – and they could (and should) come up with the bridging decisions that would carry JI to the next phase of international action.

The challenge in coming up with recommendations for the future has been to devise a mechanism that has the benefits of flexibility and strong national involvement, but which can ensure a healthy, useful measure of broad, independent oversight. The JISC thinks it has done this in its recommendations for revisions to the JI guidelines.