The slow pace of the UN climate negotiations and the possibility of voluntary emission reductions in the new global treaty leave those vulnerable to climate impacts facing an uncertain future.

Small low-lying islands are already facing drought as rising seas taint freshwater sources and increase the rate of coastal erosion. They are increasingly frustrated with the UN climate talks slow progress in the face of these challenges back home.

Ambassador Colin Beck of the Solomon Islands told RTCC that the possibility of the new global treaty to be agreed in 2015 being made up of emission reduction pledges set by nations themselves, risked the effectiveness of the process.

“When we take voluntary targets, what that really means is that we are doing nothing,” he said at the recent round of UN negotiations in Bonn.

“The path we are on now is leading us towards an uncertain future. This is where things are and where the negotiations are moving.” 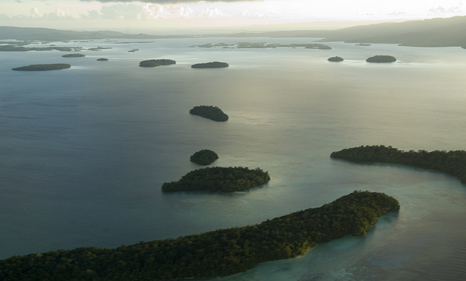 The US has proposed a system whereby countries would set their own targets that would then undergo a peer review process to ensure they are sufficiently robust.

There are fears that this structure would not deliver a global deal capable of avoiding more than 2°C of warming, the threshold beyond which scientists say warming would become “dangerous”.

The Alliance of Small Island States (AOSIS), which the Solomon Islands is a member, presented its own proposal in Bonn to counter any weak political solution that it fears may arise.

It called for work to begin to establish a list of cost effective emission reduction technologies and policies and to provide access to the necessary expertise to help spread their implementation.

“We should not take a narrow view of looking at this from one nation’s perspective but try to look at this globally. One of the important things is to look at the science,” Beck said.

“What is it telling us? We still have the opportunity to do something but we have to do it now. The [UN] process tries to speak of urgency but it doesn’t show any urgency.”

In particular, Beck said the politicised ten-day stalemate in Bonn over the agenda of one of the three tracks of the negotiations raised questions about governments’ commitment to tackling climate change.

“We cannot adopt an agenda? Are we really serious? One of the things about climate change is that our youth know the problem, our people know the problem, they will all hold us accountable if they do not provide us with a firm future,” said Beck.

RTCC Video: Ambassador Colin Beck on the unsatisfactory progress at the UN talks