The Global Environment Facility’s role as an operating entity of the financial mechanism of the United Nations Framework Convention on Climate Change (UNFCCC) has involved – and will continue to involve – robust financial support for climate change adaptation and mitigation projects and programs throughout the developing world and in countries with economies in transition.

As UNFCCC parties work toward the next Conference of Parties this fall in Warsaw, and toward the ambitious goal of a global climate agreement in 2015, the GEF has been supporting national communications, nationally appropriate mitigation actions, and biennial update reports (BURs) – all of which comprise key building blocks to ensuring that countries can accurately track their progress in meeting their climate change commitments.

As an international institution with 183 member nations, the GEF raises funds from donor nations to provide grants – supplemented many times over by co-finance from recipient countries, non-governmental organizations, other international organizations, and the private sector – for a wide range of climate change mitigation and adaptation efforts implemented by the GEF’s Partner Agencies. 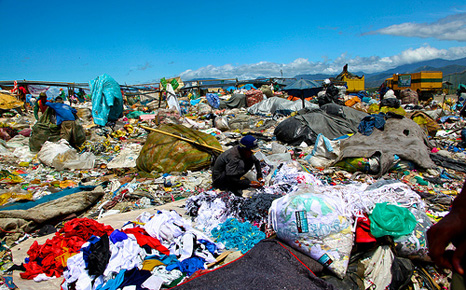 GEF projects in 2013 include investment in new waste facilities in the Philippines to replace open air dumps (Pic: GEF)

Most recently, the GEF has reported to the UNFCCC on four significant deliverables reflecting GEF activity in Climate change.

The GEF recognizes the importance of national communications and biennial update reports, for these provide the baseline of knowledge that enables us to know whether our projects and programs are having a positive impact in reducing greenhouse gas emissions.

The GEF has already compiled and synthesized most of the Initial National Communications from developing countries, and the work continues through a process that includes the organization of workshops, collaboration with bilateral and multilateral support programs, the dissemination of information through participation in regional workshops, and expert group meetings.

Thanks to these early investments by the GEF, particularly through the Least Developed Countries Fund (LDCF) and the Special Climate Change Fund (SCCF), developing countries are now gaining their first experience in how to address the impacts of climate change, and are already actively working to increase the resilience of some of the world’s poorest and most vulnerable communities. 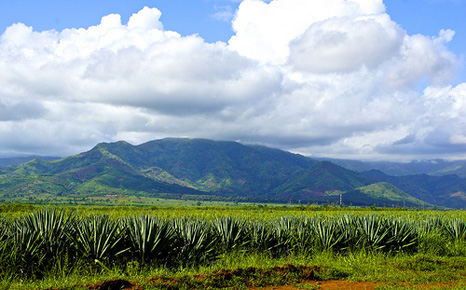 In our report to the UNFCCC, we noted that GEF has supported more than 50 climate-resilient technologies for energy efficiency, renewable energy, sustainable urban transport, and methane reduction.

The GEF is pursuing climate change mitigation in three ways: (i) promotion of innovation and technology transfer, (ii) demonstration of systemic impacts of mitigation options, and (iii) supporting the creation of enabling environments for broad-based mainstreaming of mitigation in development.

The GEF has financed more than US$746.7 million in concrete adaptation action via more than 176 projects, of which 103 are implementation projects for National Adaptation Plans of Action (NAPA). This investment has generated co-financing of $2.09 billion.

These projects are some of the first in the world tackling the actual impacts of climate change across development sectors such as agriculture and food security, water management, disaster risk management, coastal zone management, health, and the sustainable management of ecosystems.

Adaptation projects are often based in some of the least developed countries in the GEF portfolio, requiring active support for capacity-building so that recipient governments have the technical and administrative capacity to make the most of the GEF grant funding they receive.

Because of the GEF’s unique, multifocal mission and partnership-based structure, there are opportunities to leverage co-benefits in environment and development.  Through a more cohesive approach, the GEF intends to pursue a more integrated climate change agenda, including initiatives that will seek to address adaptation and mitigation simultaneously.

Preparations are well under way for the UNFCCC COP19 in Warsaw this coming November, and the international community is on track toward a historic agreement in 2015. The GEF is proud to be one of the engines on that train – powered by green energy, of course – pushing toward that outcome.

The Global Environment Facility is one of RTCC’s supporting partners. Bob Dixon is the GEF’s Climate Change Team Leader.