China’s first carbon market will launch on Tuesday amid warnings that it could face similar oversupply problems to the EU system.

The city of Shenzhen is part of the Guangdong regional emissions trading platform, one of seven pilot programmes viewed as a pre-cursor to a national scheme.

The EU and China have collaborated on the market’s design. Ahead of Tuesday’s launch analysts Thomson Reuters Point Carbon have warned that Shenzhen could also mimic some of the problems faced in the EU.

The EU Emissions Trading Scheme (ETS) has reached record lows this year with unambitious climate targets setting the limit on emissions too high and a drop in industrial output reducing the demand for carbon credits. 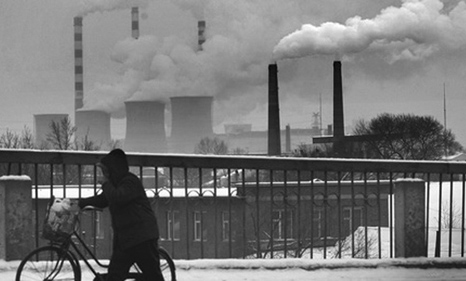 The EU is currently attempting to push through plans to hold back part of the next allocation of carbon emission allowances in an effort to adjust the supply-demand balance, but Point Carbon analyst Hongliang Chai warns that particular solution might not fit in Shenzhen.

“We see a significant risk of over-allocation. The ex-post adjustment isn’t a cure-all, and will probably not solve this issue – especially since the pilot will cover indirect emissions [the electricity and heat used by a firm but generated elsewhere]. Uncertainties on future emissions and allowance prices still loom large in determining the scheme’s futures success,” said Chai.

The government will allocate 100m permits for 2013-2015, equivalent to 100m tonnes of CO2 for free. Point Carbon’s analysis predicts that emissions will be closer to 90m during the same period.

The Shenzhen scheme will cover 635 companies will a target to reduce emissions intensity, CO2 per dollar of GDP, by 21%.

“While the official list of covered companies is yet to be published, big names such as PetroChina, CNOOC, China Resources and Huawei will probably be covered, due to their business in the city,” said Chai.

“Despite market uncertainties, we forecast the covered companies will reduce total emissions due to such an ambitious intensity reduction target set by the government,” he added.

Updated reforms to the EU market will begin their passage through the European Parliament on Wednesday when the Environment Committee votes on a compromise deal, negotiated after the first proposals were rejected by the parliament.

Experts from the EU are helping China to design its pilot schemes and a planned national carbon market that could be functioning as early as 2017 despite an official target closer to 2020.

As the world’s largest greenhouse gas emitter, the country’s efforts to reduce emissions are closely scrutinised.