Envoys at the High Level Meeting on National Drought Policy held in Geneva acknowledged an “insufficient level of policies” and need for “pro-active drought preparedness” in the face of an increasingly critical problem.

Severe land degradation is now affecting 168 countries across the world, according to research released by the UN Desertification Convention (UNCCD) in April.

“The social, political and economic costs of drought are evident from Uzbekistan to Brazil, from the Sahel to Australia. In May, Namibia declared a national drought emergency, with 14% of the population classified as food insecure,” Ban said in a statement released to mark World Desertification day 2013.

“In 2012, the United States experienced its worst drought since the 1950s, affecting 80% of agricultural land. In 2011 drought in the Horn of Africa – the worst since the early 1990s – affected nearly 13 million people.” 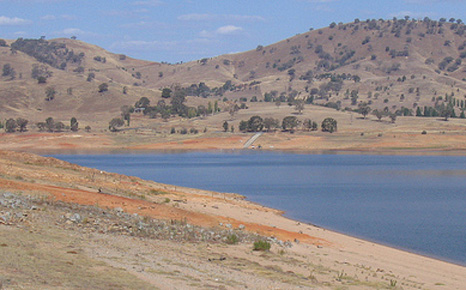 Australia is the driest inhabited continent on the planet, and no stranger to drought, but scientists warn risks could be rising (Pic: Tim J Keegan)

He added: “Let us therefore shift from managing crises to preparing for droughts and building resilience by fully implementing the outcomes of the High-level Meeting on National Drought Policy held in Geneva last March.”

Convened by the World Meteorological Organisation, UN Food and Agriculture Organisation and UNCCD, the meeting was attended by a mixture of ministers, scientists, heads of department and national leaders.

The non-binding Final Declaration urged countries and agencies to cooperate closely in developing drought plans, with particular emphasis on building capacity in the developing world.

An economic analysis published by the UNCCD in April warned land degradation is now costing US$490 billion per year and wiping out an area three times the size of Switzerland on an annual basis.

According to the UN, to date only Australia has announced “comprehensive plans” for a national drought policy. The government’s 2013-14 budget also includes provision for an AU$99.4m hardship fund for farmers faced by difficult conditions.

In a report published today the country’s Climate Commission warned that an area known as Western Australia’s ‘Wheatbelt’ could be at permanent risk of drought unless greenhouse gas emissions were cut.

In January the UK Met Office published research linking the 2011 East Africa drought and famine to man-made causes. Up to 100,000 people died and millions more required emergency food during what the UN labelled the worst drought in 60 years.

Last week, Robert Piper, UN Regional Humanitarian Coordinator for the Sahel, appealed for help to deal with the on-going food and nutritional crisis that has broken out again in the Sahel region of West Africa. Currently, over 11.4 million people are facing food insecurity.

“Droughts are never sudden, so why do they claim lives on par or more than sudden disasters?” said UNCCD chief Luc Gnacadja.

“Why has the lack of political will to invest in systems to prepare for, respond to and manage drought and its risks persisted when communities from India to Kenya, from United States to Australia show that drought mitigation and resilience are not only viable, but affordable options?”

Gnacadja hailed the achievements of the village of Batodi in Niger, where he said five million hectares of land were restored through agroforestry, resulting in a rise of the water table by 14 metres.

“The most affected communities are not standing by but are leading the way to drought resilience and water security,” he said.