Investment in renewable energy projects in developing countries increased in 2012, despite a small global decline in back for wind and solar projects, the UN Environment Programme (UNEP) has revealed.

Today it released two reports on the state of the renewable sector, the REN21’s Renewables Global Status Report (GSR) and Global Trends in Renewable Energy Investment 2013.

They confirmed overall investment in renewables was $244 billion, a 12% drop on 2011, which the studies attribute to policy uncertainty in industrialised countries.

Total power capacity increased by 8.5%, while the deployment of wind and solar installations broke new records, despite falls in overall funding.

But while the US and Germany experienced significant dips in investment, there were sharp increases in China, South Africa, Mexico, Kenya and the Middle East. 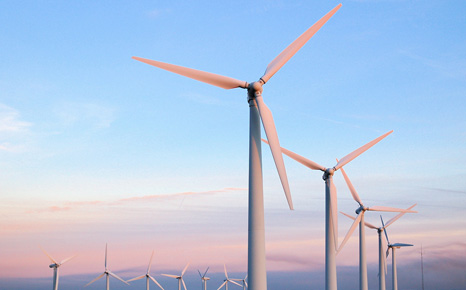 China consolidated its position as the world’s leading renewables market, with solar investment largely responsible for a 22% lead to $67 billion of investment. Small-scale solar in Japan also drove an astonishing 73% increase in investment, worth $16 billion.

Despite the ongoing financial crisis, both reports highlight the strong position of the clean energy sector, which has seen $1.3 trillion injected since 2006, and now employs 5.7 million around the world.

“This should be a source of inspiration for governments, cities, companies and citizens everywhere to raise their ambition towards climate action,” said UN Secretary General Ban Ki Moon.

“A global climate agreement by 2015 would provide dramatic spur in the direction we need to travel.”

“Driven in part by the UNFCCC process and various provisions and mechanisms of the Kyoto Protocol, the increasing deployment of wind, solar, geothermal and other clean energy power sources serve as a powerful antidote to those who claim that a transition to a low-carbon, resource-efficient future is unobtainable,” she said.

Critically, costs of renewables continue to fall. Solar PV systems are down 30-40% on 2011 prices, while onshore turbines have fallen “by a few percentage points”.

“It is encouraging that renewable energy investment has exceeded $200 billion for the third successive year, that emerging economies are playing a larger and larger part, and that the cost-competitiveness of solar and wind power is improving all the time,” said Michael Liebreich, Chief Executive, Bloomberg New Energy Finance.

“What remains daunting is that the world has hardly scratched the surface – CO2 emissions are still on a firm upward trend and there was still nearly $150 billion of net investment in new fossil-fuel generating assets in 2012.”