The Italian Government plans to write to the country’s leading companies and cities to ask they disclose their environmental impacts and actions to reduce them.

It will to encourage them to partner with the Carbon Disclosure Project (CDP) scheme, which works with corporations to save costs by cutting waste and building sustainable supply chains.

Over 100 companies have already signed up to Italy’s National Environmental Footprint Program, launched in 2009. The Government plans to invite the 100 leading firms to join this year. 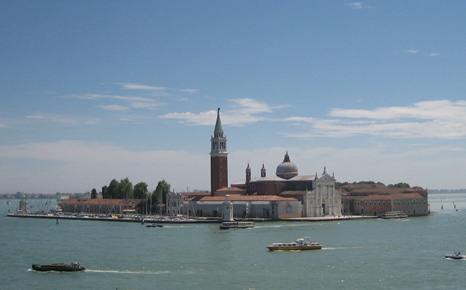 Venice is having to adapt in the face of rising sea levels and unpredictable weather patterns (Pic: Ed King)

“In terms of government action they are still working on building capacity within corporations, and discussing what carbon footprints mean.

“CDP is the next natural step for companies to report and disclose on those emissions.”

According to the European Environment Agency, Italy’s greenhouse gas emissions have declined by just 4.9% since 1990, a poor record compared to the UK (28.1%) or Germany (26.4%).

Italy has a relatively low profile on environmental issues, rarely making a scene at the UN climate talks, although it did boast one of the largest EU pavilions at the Rio+20 summit in 2012.

The country has limited energy resources, but high levels of sunny days encouraged the government to roll out a €6.7 billion solar PV funding programme, which will see around 17GW of installed.

CDP Chief Executive Paul Simpson welcomed the news as another sign Italian business is moving towards a more sustainable platform.

“In 2012, we saw a 30% increase in the number of companies responding to us in Italy with 46 of the top 100 Italian companies disclosing to CDP and this new partnership will further boost reporting,” he said.

“It is a great development, which we are working to replicate with other national governments around the world.”