Resource-rich Mongolia has an unprecedented opportunity to pursue a green growth strategy from day one of its rapid development, a UNEP official has said.

The country is the host nation of UNEP’s World Environment Day (WED) on June 5 and as it begins to tap into its abundant resources, it has the chance to use its newfound wealth to pursue a sustainable development path.

“There are immense opportunities, its not a coincidence that we have ended up in Mongolia,” Kaveh Zahedi, deputy director of UNEP’s division of technology, industry and economics told RTCC.

“There is huge potential and it could go either way. They they are deciding right now whether they will go down the green economy pathway or the old pathway. The government seems committed, which is of course a prerequisite and we will see how it unfolds.” 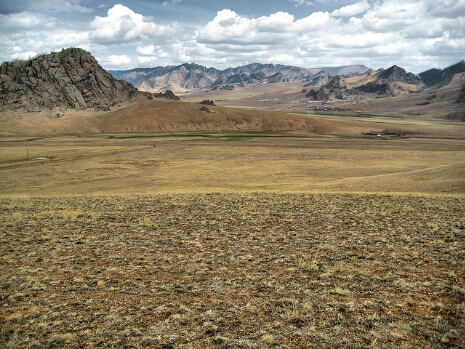 The country has vast gold, uranium and copper reserves among others. It also has huge oil and coal potential. The value runs into trillions of dollars if well-managed and government will soon be able to increase its investments.

There have been concerns raised that the mining boom has also increased air and water pollution, as well as infringing the rights of its nomadic tribes and depleting already scarce water resources.

Speaking at a news conference to mark WED, the country’s president Tsakhia Elbegdorj said the country had plans to use its impending wealth to turn it into a green power hub for Asia.

“Mongolia is regarded as one of the centres of this region for wind power. We have high mountains and the Gobi [desert]. We have great potential to generate power,” he said.

“We have some ideas of how Mongolia can be Asia’s supergrid for both wind power and solar power, and other renewables. If we use all the wind power [potential] in the country, we can enhance the energy supply of China and all over Asia.”

Zahedi welcomes the president’s support and added that the country’s sustainable development plan, written in 1998, shows a long-standing desire for green growth.

“When you see commitment at the very top level to a degree where you see national development plans that talks about green growth and look at how to grow without undermining the ecosystems it is a sign of great hope,” said Zahedi adding that sustainable development could bring further benefits to the country’s economy.

“If you are mining and you capture the [methane] gas [that is freed], that’s also a huge benefit. You are creating yourself a new energy source which improves access to energy for the country.

In his second role, Zahedi is also the interim head of the Climate and Clean Air Coalition (CCAC). It aims to reduce methane, soot and other short term pollutants that also drive near-term warming of the atmosphere.

“The possibilities in Mongolia are big. Hopefully the world platform of WED can help them feel vindicated in the choices they are making,” said Zahedi.