Poland must be given more time to switch to low carbon energy the country’s environment minister has said.

Marcin Korolec told an audience at Green Week in Brussels that given the position the country is starting from it can’t be expected to change overnight.

The country relies on coal for more than 90% of its electricity but says it is on track to hit its 15% renewables target for 2020.

“People often say Poland is coal dependant, but that statement can be made only by people who don’t know Polish environment policy,” said Korolec.

“It took Germany 30 years to transition away from coal. We’re going in the same way but it will take time. 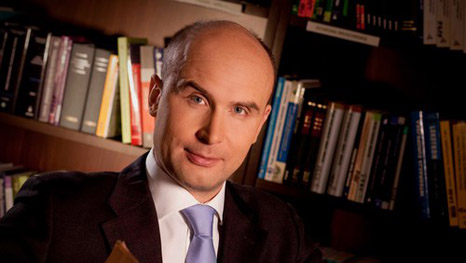 “Since signing the Kyoto Protocol we have reduced our emissions by 30% and increased GDP by 200%. I believe we will continue to perform well in the future. We are committed to improving energy efficiency and to developing shale gas. Biomass is also one of the avenues available to us to build up our renewable sources of energy.”

Korolec was promoting the launch of a new biomass project in Poland, run by the giant International Paper company. It has planted fast-growing poplar trees, with waste wood not used for its products burned for energy.

“People often see industry as only a threat to the environment. This is a dangerous point of view. Responsible industry can contribute to clean air and make the business case for better environmental performance,” claimed Korolec.

Using the example of the international Paper project, Korolec said the plantation improved air quality while in displacing coal use, it also cut CO2, sulphur and particulate matter, which is a severe health threat.

“The national economy wins and so does the EU. This project proves climate and environment policies can be effective and affordable at the same time,” added Korolec.

Poland and the EU

Korolec has previoiusly stated that Europe is no longer in the lead when it comes to climate change.

This sentiment is shared by some at the UN climate talks. A statement released on Wednesday at the ongoing talks in Bonn by the Like Minded Developing Countries, which includes the Philippines, China and Saudi Arabia reiterated this point.

They said the EU must increase its 2020 emissions reduction target to 30%, from the 20% level ti has already achieved, if it is to take the lead. Poland is concerned increased targets for the would put it at a disadvantage because its economy is not as developed.

The country has recently been viewed as a disruptive influence within the EU and recently aggregated support against reforms to the EU Emissions Trading System (ETS).

Poland will host the next round of the UN climate change negotiations with Minister Korolec the President of those talks.

He has already begun working with key parties to those negotiations. In particular he is working with the French, who will be host when the 2015 deadline for a new global treaty falls.