The world’s leading airlines have called on governments to agree to a new greenhouse gas offsetting scheme for the aviation industry.

The 240 members of the IATA trade group, representing 84% of global air traffic, passed a resolution at its AGM on Monday calling for a mandatory system that would require airlines to offset any growth in their emissions after 2020.

“Airlines are committed to working with governments to build a solid platform for the future sustainable development of aviation,” said Tony Tyler, IATA’s director general and CEO.

“Today, they have come together to recommend to governments the adoption of a single market based measure (MBM) for aviation and provide suggestions on how it might be applied to individual carriers. Now the ball is in the court of governments,” added Tyler. 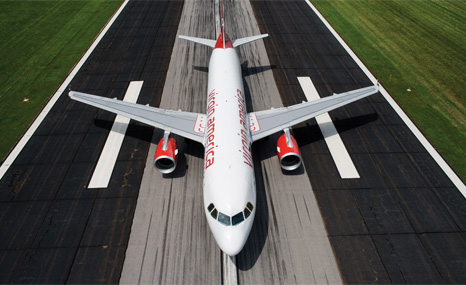 Airlines have sent a clear signal that they want to tackle emissions but there are fears it does not go far enough (Source: Virgin)

Governments will meet in Autumn for the International Civil Aviation Organisation’s symposium (ICAO), which only occurs every three years. It is the final chance to agree a climate deal for the aviation sector that would tie it in with the main UNFCCC climate treaty, which must be agreed by the end of 2015.

Emissions from aviation and shipping were spun out of the UNFCCC talks to allow their specialist needs to be addressed from within.

Jean Leston, transport policy lead for WWF-UK said last month that a strong IATA statement from the AGM could be enough trigger the more action at ICAO.

Speaking to RTCC on Monday, Leston welcomed the news but said she was not sure if the IATA statement went far enough.

“It’s great that IATA has strongly endorsed the need for an MBM agreement this year within ICAO. But it’s disappointing that it has settled for the least environmentally effective option of offsetting without revenue generation.

“This will do little to reduce global emissions and nothing to provide climate finance to developing countries. IATA’s resolution is also lacking in urgency as the MBM doesn’t come into effect until after 2020 that’s seven years of inaction when what is needed is emissions reduction now,” she said.

The EU briefly included all international airlines in its emissions trading scheme for any flight that either landed or took off from an EU airport. The move was opposed by strongly by the US, Russia and China.

It exempted international flights for a year in November 2012 on the condition significant progress was made on a global aviation emissions deal in the meantime.

”It is a very strong message that the airline industry seems ready to support a single global market-based measure (MBM) to keep their emissions in check,” EU climate commissioner Connie Hedegaard said in response to the IATA statement.

“Now it is time for the governments to match this and deliver in ICAO. The EU is ready.”