Comment: A healthy planet is a precondition for development

This week in New York City, the 27 members of the high-level panel of eminent persons appointed by the UN Secretary General will deliver a report providing recommendations on the post-2015 development agenda.

This is a critical opportunity to address the inadequacies of the Millennium Development Goals (MDGs) and to chart a new course for sustainable development.

The post-2015 “Sustainable Development Goals” (SDGs) must break from failed convention by integrating environmental and social dimensions into the pursuit of economic development aims, acknowledging that our future economic health will critically depend on our planet’s ecological health.

Thirteen years ago in New York, the United Nations established the MDGs — eight global commitments to eradicate extreme poverty, promote gender equality, improve human health and achieve other ambitious objectives by 2015. Important progress has been made toward achieving the MDGs (learn more in the 2012 report).

The world met its poverty reduction target, with poverty rates declining in every developing region. Over 2 billion people gained access to improved drinking water sources between 1990 and 2010. The lives of some 200 million slum dwellers improved, exceeding the targeted level.

Yet as a whole, our accomplishments have fallen short of our ambitions — particularly on environmental concerns. 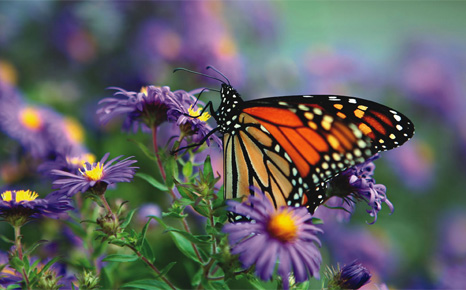 The status of the world’s birds, mammals and amphibians is declining, and a substantial proportion of species in all taxonomic groups are threatened with extinction.

Since 1990, greenhouse emissions increased almost every year, with particularly high growth since 2002.

The resulting temperature rise has led to more frequent extreme weather events across the globe, making communities — many of them already poverty-stricken — increasingly vulnerable to devastating droughts, fires and storms.

Why have the MDGs fallen short of critical development aims? Several reasons may be given, of course, from issues of equity to governance challenges to the global economic downturn. But one certainty is that there is a critical flaw in our approach to sustainable development.

The health of our planet, which is fundamental to sustainability, is treated as a distinct and parallel goal rather than an underlying principle. Indeed, it may be argued that we have sacrificed sustainability for the sake of development.

The dangerous assumption that environmental concerns can be subordinated to economic goals disregards the fact that our society and economy are bound by a natural biophysical system. Natural resources and ecosystems are the bases not only of all material wealth, but a precondition for our very existence.

We draw on nature to fuel our economic growth — to power our homes, pollinate our crops and filter our wastewater. We depend on its proper functioning to provide vital resources and to maintain conditions suitable for our success — and indeed our survival.

Since the MDGs were established, more daunting and urgent environmental risks have arisen that threaten social and economic welfare.

According to The Economics of Ecosystems and Biodiversity (TEEB) 2010 report, the loss of natural ecosystems that provide food, raw materials and livelihoods for billions of people is already costing billions to our global economy. The global fisheries industry alone is shrinking by $50bn every year thanks to current unsustainable catch rates.

Ecosystem degradation is a direct threat to our food, water, health and energy security. This realization should prompt a profound realignment of our sustainable development model, and environmental integrity must be at its core.

For example, the global fight to eradicate hunger cannot succeed without ensuring that productive natural ecosystems continue to provide water, pollination, pest regulation and other ecosystem services vital to agriculture.

Forty years in the making

The suggestion that sustainable development should fully integrate environmental concerns is not new.

The 1972 UN Conference on the Human Environment focused global attention on this interdependency; twenty years later, the first Earth Summit in Rio brought the environment into the mainstream. Despite its prominence in popular rhetoric, however, in practice the environment has been pursued as a secondary concern to human economic growth.

Last year at the 2012 UN Conference on Sustainable Development (Rio+20), the community of nations committed to charting a course of post-2015 development commensurate with the challenges we face in the 21st century.

The high-level panel report and our collective efforts to achieve future SDGs must set expectations for a new and truly sustainable model, beyond current paradigms and business-as-usual that are putting humanity at ever-greater risk.

Key to succeeding in that new course of development will be fully integrating environmental sustainability in the entirety of our development agenda, not merely treating it as one of many goals.

Depending on how we pursue our development aspirations, we can either threaten or enhance natural resources and ecosystem services and similarly determine long-term potential for improving and sustaining human livelihoods.

Environmental integrity is not merely a dimension of development on par with economic and social concerns; it is a requisite condition.