The direct impacts of natural – and, in a warming world, ‘un’-natural – disasters are relatively straightforward to quantify.

They are also probably some of the easiest health impacts of climate change to evaluate (albeit with the caveat that we can only attribute trends to climate change, not single extreme weather events).

The deaths and injuries, and the epidemics that can happen in the wake of a flood or hurricane are in some ways more easily attributable than the impacts of extreme heat, or those of air pollution exacerbated by a heatwave.

Even so, the effects of extreme weather events on health, especially the longer-term impacts, can be difficult to evaluate fully. 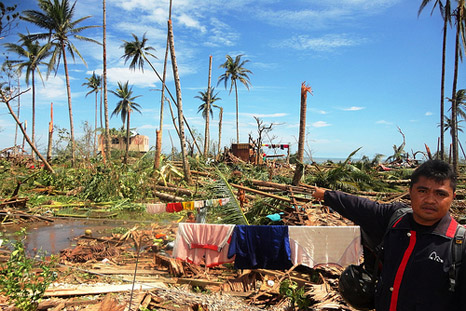 Often they’re not the things we think of straight away: carbon monoxide poisoning or exposure to cold and mould for example, leptospirosis (an infection spread by rats) or even allergic reactions to bee and wasp stings, which have been shown to increase after hurricanes and flooding.

Then there’s what happens when the medical services are overwhelmed or a power outage makes storing drugs difficult. Pre-existing conditions often aren’t properly managed and deteriorate at that point, putting peoples’ health in danger further.

In addition to deaths from drowning and the physical health impacts of injuries, hypothermia, water-borne diseases etc, extreme events can also have severe and long-lasting effects on psychological wellbeing.

A month after Hurricane Katrina, 17% of residents reported signs of serious mental illness – compared to a general population average between 1 and 3%.

Equally important to bear in mind is the importance of inequality, which is a recurrent theme in practically all research and literature on climate change and health.

In the parts of the world where the biggest impacts from extreme weather events occur, there is often far less surveillance or data collection capacity and infrastructure to be able to assess the extent of impacts accurately than where we have more adaptive capacity and are better prepared.

In turn, this means that we may well be underestimating the true, global extent of the health effects of such events.

To take a recent illustration of these themes, Hurricane Sandy caused at least 71 deaths in the Caribbean and approximately 100 in New York, and had immense and devastating impacts on the economy and on peoples’ lives, which are still continuing for too many people. 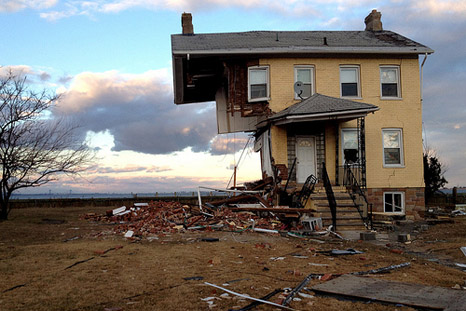 Hurricane Sandy attracted an uneven volume of aid compared to more damaging storms of the past (Source: Flickr/Spleeness)

Had it made landfall somewhere poorer such as a Central American country, the death toll could have been significantly higher. Most likely it would also have received less coverage had it hit a poor country.

The side of Sandy that we heard much less of in the international media was the fact that it left 21,000 Haitians homeless and 1.5 million in a situation of severe food insecurity. Many of these were already in an extremely vulnerable situation after the 2010 earthquake and tropical storm Isaac two months prior to Sandy.

After Sandy, Congress approved a $9.7bn aid package, and has more recently approved $50 billion. On top of that, $854m was pledged by the international community.

Compare that to 1998’s Hurricane Mitch in Nicaragua, where around 3800 people died (of 11000 total across Latin America) and more than a million were left homeless. In total, the aid received was just over $118.5m, based on the sum of the Secretariat of External Cooperation and the Red Cross Federation’s total figures.

Although the scale of need was arguably much greater, total funds were around 100 times lower than even the early US aid package for Sandy and nine times less than the international pledges made, including by countries as poor as Afghanistan and Uganda.

Putting a number on it

A recent report found that the total impacts of climate change on the global economy are of the order of $1.2 trillion, as well as contributing to 400,000 deaths. But determining and predicting the role of climate change in the spread and emergence of new or re-emerging infectious diseases is significantly more complex, especially when we try to integrate the effects that extreme events can have on infectious disease patterns, often in unpredictable ways.

In turn, investigation of how extreme events affect food and water security or – even less directly, economic stability or conflict – is even more complex.

It can be helpful to think of climate change as a threat multiplier rather than a causal factor, but it is the extremes where the real health risk, and the real unpredictability, lies.

The causal chain is so much more complex, and the effects less easily demonstrable, yet these could potentially have much bigger effects on health, than the more direct impacts.

Although hurricanes aren’t caused by climate change as such (see the IPCC’s report on extreme weather) there is good evidence that when they do occur such storms are made stronger by its other effects.

The global sea level has risen approximately an inch in the last decade alone, which further increases the threat when landfall coincides with an extra-high tide, as in the case of Sandy, and flooding can start even before landfall.

The odds are that it has made ones like Katrina and Sandy more severe than they would have been without it – yet in the sort of irony you really couldn’t make up, $400m of the international pledges made, were offered in oil.

Events like these are also part of an ongoing trend of more frequent and more extreme events in recent decades: this series around the globe last year, taken together, are unprecedented in their size and frequency.

Izzy Braithwaite is a member of Healthy Planet UK