The UK needs to adopt more ambitious climate change targets and address its fossil fuel subsidies if it is to maintain its climate change leadership, an Indian MP has said.

Kalikesh Singh Deo told RTCC that while the legislation in place is laudable, the proposed cuts in greenhouse gases are not deep enough.

“The fact that the UK has come out with this climate change legislation is a very positive sign and the country has shown leadership in the global community,” Deo said.

“However, one is not quite sure if the targets that the UK has set for itself are strong enough to really keep rising temperatures in check.” 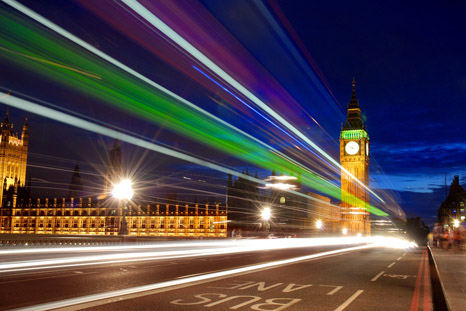 The UK passed the Climate Change Act in 2008, which includes a legally binding carbon budget for the whole country, the first law of its kind anywhere in the world at the time.

Deo was part of a delegation of MPs from India, Sri Lanka and Bangladesh visiting the UK with the Climate Parliament initiative.

“The other issue is similar in the countries that we come from. The UK supports climate change through the Act but has not given up subsidies to oil, gas, shale gas and is actively trying to work out ways to keep its fossil fuel economy in place.

“As long as they are making gas cheaper, it will only get harder to hit those climate change goals. I’m not convinced the UK is completely sure that it wants to get out of a fossil fuel based economy,” he added.

Deo said he had raised the issue with UK officials during the meeting and they were prepared to acknowledge the discrepancy in private.

India is often criticised for powering its own economy with cheap, high carbon coal but Deo defended his country’s position.

“The energy challenge in India is not just about keeping the lights on, it’s about bringing them to people’s homes for the first time,” he said.

“India is in the difficult position of grappling with development at a competitive cost and addressing climate change issues.”

“In the short term coal must be used. India is starting to go more heavily into renewables. It has doubled its investment in solar recently. It is developing at a fast rate and it will require energy. It needs to quickly find its way and bring low carbon electricity into the system,” said Deo. 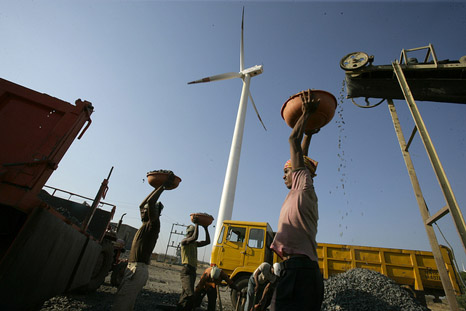 India is looking to increase its share of renewables but coal is likely to dominate for the foreseable future (Source: Flickr/Land Rover Our Planet)

Bangladeshi MP Zunaid Ahmed Palak, also part of the Climate Parliament visit, told RTCC that the transition to renewables would depend on access to technology.

“We are not expecting financial support. We are not claiming compensation. We want the EU to realise that what they can do is share technology,” said Palak.

“They always preach to the world that they should switch to renewable energy. Half of our people don’t have access to any electricity. We have to provide electricity and modern facilities to our citizens and with that we also intend to reduce our carbon emissions.

“We have done many things on our own. We have a national action plan. We have our climate change trust fund. We have the facilities and the scope to invest in renewable energy and we are ready to combat climate change. The UK and the EU at large need to come to the table with the technology,” said Palak.

Given the country’s developmental challenges and the impact of successive flooding and extreme weather events, it would be understandable if climate change was not prevalent in the minds of ordinary people in Bangladesh.

“For Bangladeshis climate change issues are very new,” said Palak. “This is not just in Bangladesh. Many people in the UK don’t understand the problems and as we have just witnessed, in some MPs in the House of Commons.”