Ecuador reveals plan for OPEC to save the Amazon

Ecuador has said it wants OPEC to establish a fund to compensate countries who keep Amazon oil in the ground.

The country’s Yasuni-ITT initiative asks donors to compensate the government in return for it leaving oil reserves underneath the one million hectares of the Yasuni national park untouched.

Dr Ivonne Baki, Ecuador’s Secretary of State for the Yasuni Initiative told RTCC that the country’s proposed OPEC oil tax could be used to establish a $50bn a year climate action fighting fund. Some of the revenue used to compensate other Amazon nations to keep their oil in the ground.

“We will present it [the levy] again in Vienna at the next OPEC meeting and talk about how it could be implemented. A charge of 32¢ per barrel or $1 a barrel would generate a fund of a similar size to the Green Climate Fund (GCF) that is supposed to generate $100bn a year by 2020,” she said.

The money could be chanelled through the OPEC Fund for International Development (OFID) with the proviso that it is amended so that members can also be recipients of its investments, she said. 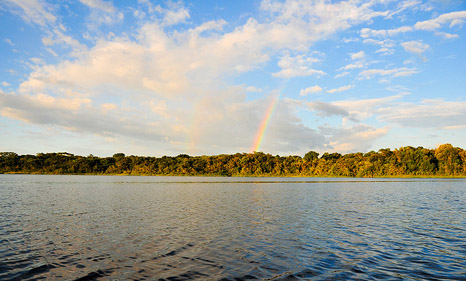 Dr Baki admitted the green OPEC tax received a relatively cold reception when it was first mooted in 2011 but said the tide is turning. A recent meeting of South American and Arab nations, representing nine of OPEC’s 12 members saw growing support.

“We recently had a successful meeting of the Amazon Cooperation Treaty Organization in Lima. It was very positive. They have not been working together very well but now that is changing.”

Key to the success of any united effort by Amazon nations is Brazil, which has around 60% of the Amazon region in its territory.

“Brazil and the others are watching. I know President Dilma Rousseff’s position because we have talked with one of her representatives. They want to protect the Amazon but a President has the responsibility to provide services to the people. Of course they want to save it, but they want to save the people as well. It’s a big dilemma.”

While Ecuador tries to stir more action from its neighbours, Baki said the lack of effort from richer nations, including their enthusiasm for Yasuni, had disappointed Ecuador’s President Correa. Dr Baki also expressed frustration with developed nations for their lack of urgency and the slow development of the GCF.

Environmental policies are often portrayed in Europe as damaging to the economy, whereas 80% of Ecuadorians backed the Yasuni project, despite it asking for $3.6bn in compensation for reserves now worth $40bn. It has raised $340m so far.

“Ecuador has a lot of awareness on this issue. The people believe a lot in nature and have a connection with nature,” said Dr Baki.

“I don’t see that in Europe. I see awareness in Europe, but I don’t see people defending and taking care of the Earth.”

Many critics of the Yasuni have called it blackmail and a recent deal with China to search three million hectares of forest for oil has drawn accusations of hypocrisy.

Dr Baki countered these by pointing out that the country is still developing and is dependent on oil for its income.

“We cannot say no to everything from one day to another,” she said. “I still believe we can drill in areas that are not as fragile as the Yasuni if we ensure high standards of environmental protection.”

She also defended the country’s record of consulting indigenous people on developments in the forest and sharing revenues. She claimed that the current government is the first in 40 years of oil exploration in the country to return benefits to the people that live in the Amazon.

OPEC will be presented with Ecuador’s proposals for the implementation of a climate sales tax on a barrel of oil at its meeting in Vienna on May 31.