None of the UK’s major political parties are serious about climate change, the country’s former top climate diplomat has said.

John Ashton acknowledged that the UK had some good legislation, all the political parties have failed to adequately meet the challenge with the necessary response he summarised as: “Must. Now. Can.”

“None of our big national parties is yet serious about climate change. It’s not that they don’t have policies, even some good ones,” he said at an event in London on Thursday, organised by Friends of the Earth.

“But they haven’t built a conversation with the country about what climate change means in relation to their values. What it means in the context of our history and our national character. What it means for the choices we now face, about where we are going and ultimately about who we think we are.” 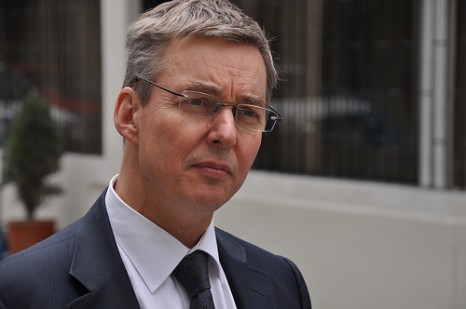 Ashton said that part of the challenge was to bring climate issues into the mainstream.

“For many politicians, climate change is still in an awkward category marked ‘green’. They want the label but when the conversation turns to jobs and growth, it doesn’t always occur to them to mention it,” he said.

“That’s a pity because what happens on climate change will be determined by a political struggle that cannot be separated from the debate about jobs and growth. It’s a struggle that is now entering its decisive phase; a struggle between two incompatible ideas.

“This can be expressed in three words. Must. Now. Can.”

The wide reaching speech covered the need to keep pressure on big emerging economies at the UN talks and criticism of “Treasury-led” back sliding on environmental policies.

Running through the speech was the theme that fixing the politics, will enable governments to then fix the climate, be that in Westminster or Washington.

“You can’t transform a country by stealth. It requires consent and in a democracy that means an explicit political choice. It requires mobilization and therefore a call to arms. It requires honesty about the burdens, and acceptance of measures to help those whose communities and livelihoods depend on the high carbon economy,” said Ashton.

“There is one thing we need that only politics can give us. Leadership.”