Five reasons why an oil-free future is possible

Developing countries’ demand for oil has overtaken rich nations’ for the first time, the International Energy Agency (IEA) has revealed.

Data for the last quarter shows that members of the Organisation for Economic and Cooperation and Development (OECD), fell behind non-OECD countries for the first time.

The IEA Medium-Term Oil Market Report found that the demand for oil products, liquid fuels, transport fuels and petrochemicals, will jump from 49% to 54% from 2012 to 2018.

“The idea that non-OECD economies would overtake the OECD nations is nothing new, but now it is happening, and it is happening fast,” said Maria van der Hoeven, executive director of the IEA at the launch of the report on Tuesday.

“It is happening faster than expected. There is a growing perception that the peak in OECD oil demand, including the US, is behind us,” she added.

“The non-OECD growth has been led by China but Africa is also becoming increasingly important.” 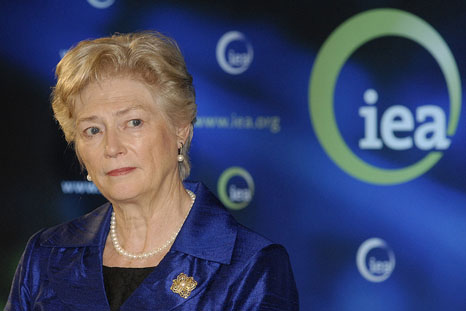 As emerging economies develop and the middle class grows, key indicators like car ownership increase. The World Bank estimates that the number of motor vehicles per 1000 people in China has increased from 37 in 2008 to 58 in 2010.

The growth in oil demand isn’t exclusively from transport. The consumption of plastic is increasing too. In India it has grown from around 5kg per person today to 20kg to 2020, according to industry data from inside the country.

Developing nations are in the unique position of being able to leapfrog oil-based technologies with the right technical, logistical and financial support.

A number of options to supersede oil-based products already exist or are in development.

Here are some of the options alternatives that could curb the growth of oil demand in developing nations and set them further down the path of low carbon development:

Nature’s wonderstuff consists of long molecules that make up tree trunks, cotton and cardboard and has a variety of applications. Scientists at the University of Texas have found a way to use bacteria to boost the nanocellulose production rates of algae. This can then in turn be used to produce more sustainable biofuels to cut down on liquid fossil fuel use.

Nanocellulose can also be used to produce alternatives to plastic or to reinforce traditional plastics, cutting down the amount of oil needed.

Those living rurally in developing countries are often unable to connect to the electricity grid. Diesel generators and kerosene lighting often fill the void. A number of organisations are looking to supply small scale solar power to bring electricity to communities that are located off the main electricity grid.

Azuri Technologies offers pay-as-you-go solar power in rural Africa. Users pay a small up-front cost with the rest of the payment for the panel, cabling and lights funded out of the payments. 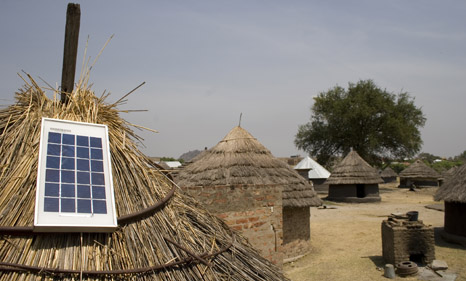 Off grid solar is one of many solutions that can help cut the demand for oil in developing countries. (Source: Eight19)

There are other biofuel production options under development that sidestep the need to use crops like corn and sugar cane that could alternatively be used for food.

Shell-funded research at the University of Exeter is experimenting with a modified version of the E.coli bug, more commonly associated with food poisoning, to produce biodiesel. E.coli cells convert sugars into oils and the modified E.coli produces molecules almost identical to regular diesel.

The virus can be fed agricultural and food waste and could potentially be run on human and animal waste too.

The UK’s Cooperative Group sponsored the conversion of a Ford pick-up truck to run on waste material from coffee crops. The Bean Machine holds the not-so-hotly contested title of the fastest coffee-powered vehicle in the world. It can also run on wood pellets and the concept could be extended to use other agricultural waste.

The iconic tuk-tuk transport common in many parts of Asia usually run on inefficient 2-stroke petrol or diesel. The Philippines has experimented with converting some of its auto rickshaws to electricity. Bangladesh has switched its fleet to Liquid Petroleum Gas (LPG), still a fossil fuel but unpegged at least from global oil prices with lower pollutant levels and less impact on the climate.