Scientists at the Massachusetts Institute of Technology (MIT) say they have discovered a way to make steel without emitting carbon dioxide.

Steel manufacture is responsible for around 5% of global greenhouse gas emissions. As well as being energy intensive, the process of mixing carbon and steel also emits CO2 as a by-product.

The team from MIT have uncovered a new process that uses electricity to combine the carbon and iron. The only by-product is oxygen. 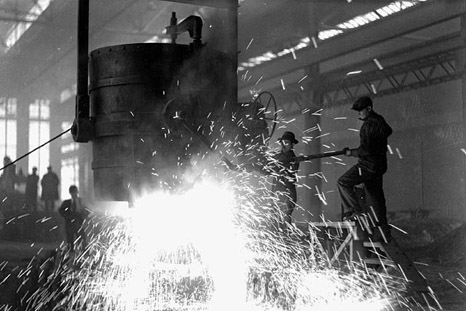 Every tonne of steel produced generates more than two tonnes of CO2 using traditional techniques, but a scaled up version of MIT’s electrolysis technique could reduce that figure and produce purer steel in the process.

The technique was discovered accidentally during a NASA commission experiment to produce oxygen on the Moon for future lunar bases.

The plan was to unlock the oxygen from iron oxides but Professor Donald Sadoway, senior author of the paper published in Nature, discovered steel was produced as a by-product.

Electrolysis involves using electricity to separate different elements within a substance. It is used to extract Aluminium from its ore and take the sodium and chlorine (salt when combined) out of sea water in the desalination process.

Sadoway’s new technique would still require energy but could dramatically reduce CO2 emissions. By using electricity it could also open the door to drawing in renewable energy sources.

The research is being supported in part by the US Department of Energy.