Parliamentarians from India, Sri Lanka and Bangladesh are visiting London this week to assess the UK Government’s current levels of climate ambition.

The 11-strong delegation will meet Minister for Energy and Climate Change Greg Barker, together with officials from the British climate change department’s International Engagement team.

They plan to urge the UK to accelerate its transition to renewable energy and maintain an active role at the international climate change negotiations.

Last Friday levels of carbon dioxide passed the 400 parts per million (ppm) mark, a target that had not been sustained for more than three million years. 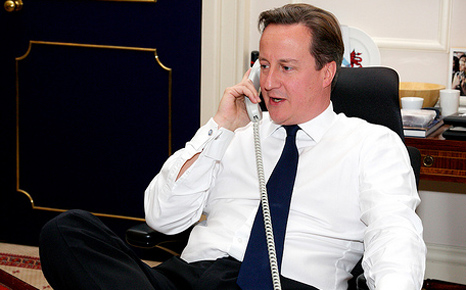 Scientists recommend a level closer to 350ppm in order to limit average temperature rises to less than 2°C above pre industrial levels, a target agreed by nations at the 2009 UN climate talks.

“Members of Parliament from both developed and developing countries have a vital role to play in the fight against dangerous climate change,” said Lord Foulkes of Cumnock, a trustee of the Climate Parliament, which is organising the visit.

“Every law and every budget must be approved by a national Congress or Parliament. Elected legislators are the one group of people in the world who have all the levers they need to solve the climate problem: they vote on laws, taxes and budgets, oversee the operations of government, and have direct access to Ministers, Prime Ministers and Presidents.”

The British Government has historically pushed for ambitious carbon reduction targets at the EU, but concerns are being raised over Prime Minister David Cameron’s commitment to cut emissions.

Negotiations at EU level over new carbon targets are ongoing. The UK supports a new 30% emission reduction goal, although it opposes legally binding targets for renewables and efficiency.

Climate Parliament MPs have already achieved some success in the field of climate legislation.

In India, MPs from the Climate Parliament group led a campaign to raise the country’s renewable energy target from 6% to 15% by 2020, and were able to more than double India’s renewable energy budget under the next Five Year Plan.