Without serious action to limit global warming, more than half of all land plants and a third of all animals could find their living space dramatically reduced later this century.

That is, if global average temperatures rise by 4°C the climatic regions in which these creatures thrive will shift towards the poles, habitats will dwindle, ecosystems will alter, and ever greater numbers of species will struggle to survive in ever more constrained conditions.

That’s the bad news. The somewhat less bad news is that stringent and dramatic reductions in greenhouse gas emissions could buy time: about another four decades in which humanity’s fellow species could adapt to new circumstances.

Rachel Warren of the University of East Anglia and colleagues in the UK, Australia and Colombia report in Nature Climate Change that they used a 21st century creation, the Global Biodiversity Information Facility (GBIF), based in Copenhagen, Denmark, to examine the known ranges and habitats of more than 48,000 species of plant and animal and tried to calculate how these would be affected by “business as usual” scenarios for greenhouse gas emissions. 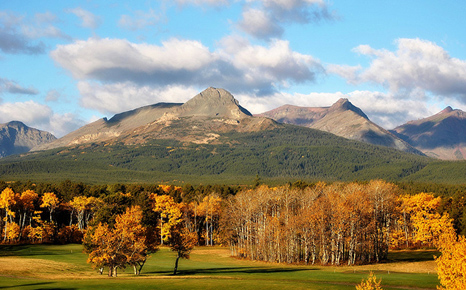 The GBIF provides access to 400 million biodiversity records from 10,000 datasets of common plants, mammals, birds, reptiles and amphibians provided by 460 research institutions around the world: the researchers sampled less than half of these.

They concluded that 55% of plants and 35% of animals could have their climatically suitable range at least halved by the 2080s. Unrestricted growth in carbon emissions could be expected to result in large contractions of range, even amongst common and widespread species.

The proposition that global warming provides a threat to other species of creature is not new, and should not be surprising. In April researchers warned that climatic zones would shift rapidly as temperatures soar.

Rare plant species in high mountain regions at the limit of their temperature range can hardly migrate downhill when conditions become uncomfortably warm. Coral reefs in the tropics provide shelter and habitat for a huge range of species, but if the corals bleach as the seas warm, then rarer species could vanish altogether.

The loss of Arctic sea ice, notoriously, puts large terrestrial predators such as the polar bear at a disadvantage. If rainforests begin to parch, then the rare species that make their homes there will become even rarer.

In January 2004, Chris Thomas of the University of Leeds and colleagues reported in Nature that climate change could provide stresses that could put at risk the survival of up to a million species: a quarter of all land plants and animals could face oblivion by 2050.

A new report, just published in Frontiers in Ecology and the Environment, looks at the effect of climate change on what the authors call “the subnivium”: that ecosystem composed of plants and animals that sit out the worst of winter under a sheltering blanket of snow.

The spring melt now occurs on average two weeks earlier, and northern hemisphere snow cover in March and April has diminished on average by more than three million square kilometres, according to a team from the University of Wisconsin-Madison.

This apparent mellowing of conditions is in fact bad news for reptiles than can survive buried in the snow, but not, for instance, exposed to biting winds, sudden late frosts and blizzards; plants too that begin to grow too early can be killed off or diminished by the return of harsh conditions.

Snow offers a stable micro-environment in which insects, reptiles, mammals and plants are at least safe from sudden change. If the snow retreats too soon, then plants and animals perish, and migrating bird species that depend on a diet of spring insects are also at risk.

“There are thresholds beyond which some organisms just won’t be able to make a living”, says the lead author, Jonathan Paul, a forest ecologist. “The subnivium provides a stable environment, but it is also extremely delicate. Once that snow melts, things can change radically.”

But this, once again, is research about the impact of global warming on creatures that already survive under precarious conditions.

Many creatures are at risk of extinction simply because of loss of habitat, pollution, hunting, overfishing and the conversion of wilderness to agricultural lands, and all the other consequences of rapid human population growth:  global warming is just another potential stress for an already endangered animal or plant.

Rachel Warren’s study in Nature Climate Change makes no predictions about extinction: it simply looks at what warming could do to climatic habitats.

Her argument is simply that by cutting emissions immediately and slowing warming during this century to 2°C, these losses could be reduced, and could buy another four decades for species to adapt to the next 2°C rise.

“While there has been much research on the effect of climate change on rare and endangered species, little has been known about how an increase in global temperature will affect more common species”, she says.

“Our research predicts that climate change will greatly reduce the diversity of even very common species found in most parts of the world. This loss of global-scale diversity would significantly impoverish the biosphere and the ecosystem services it provides.”