A few years ago I lay in a hammock in a mud and wattle hut in a Makuxi village, shining my torch on the walls to look for spiders, listening to the BBC World Service on my radio.

There was no light – the noisy diesel generator which provided a few hours energy each day was turned off at night.

The Makuxi, one of Brazil’s largest indigenous communities, with about 19,000 people and 40 villages, inhabit an area of savannah and sierras in the far northern state of Roraima, sharing  borders with Venezuela and Guyana.

Their land, which was offically recognised by a Supreme Court ruling only in 2009, after years of conflict with invading goldminers, cattle ranchers and rice farmers, stretches to the foothills of the imposing Mount Roraima, a table top mountain with sheer cliffs rising 9,000 feet (2,750 m) high.

This was the mountain that inspired Arthur Conan Doyle to write The Lost World, published one hundred years ago. In the book, prehistoric creatures still roamed the plateau of a remote table mountain. The Makuxi, however,  are more concerned with today’s problems than yesterday’s myths. 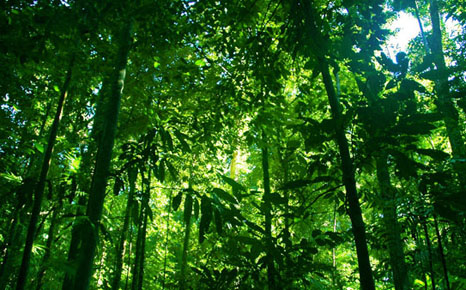 After the illegal occupiers had been expelled, they began the task of  restoring land and rivers contaminated by years of  pesticides. And they are now looking for ways to replace the old diesel-powered generators with renewable sources of energy.

The Brazilian Government has a programme to bring electricity to rural communities which is called Light For All, and it is considering building a number of dams inside the Makuxi reserve.

But the Makuxi have come up with another idea. The Brazilian Atlas of Wind Potential shows that the northern region of their reserve, Raposa-Serra do Sol, enjoys some of the strongest winds in the country, with speeds of up to 11 metres per second being registered, and an average of six to nine metres.

So in February three towers were installed to measure the winds over the period of  a year, in order to calculate the potential  for generating  energy.

The project is the result of a three-way partnership between the Indigenous Council of Roraima (CIR),  the Socioenvironmental  Institute (ISA), one of Brazil’s largest NGOs, and the Federal University of  Maranhão (UFMA).

The towers were installed by the Makuxi themselves. They also plan to map the energy needs of each family in their communities. A team of 14 indigenous researchers is travelling round the villages with GPS equipment and questionnaires.

They hope the energy to be generated will be enough, not only for domestic consumption, but also for the agricultural activities they are also preparing, as part of their plan to develop their reserve sustainably.

The Makuxi do not want to repeat the experience of the other large indigenous community in Roraima, the Yanomami. Several years ago the German Government’s development agency donated solar panels for a health post and other buildings in their area. But none of the Yanomami were trained to maintain them.

Carlo Zaquini, an Italian missionary who has worked with the Yanomami for decades, told me what happened: “Over the years the panels developed problems, but because none of the Yanomami knew how to repair them, every visiting outsider, whatever his speciality, has had a go at tinkering with them, so now they don’t work at all.”

Once they have the results of the wind speed study the Makuxi hope to persuade the Government that harnessing the region’s powerful winds will be a more sustainable solution than hydropower, which researchers now conclude also produces carbon emissions.

The Makuxi’s extraordinary wind power potential, favoured by their terrain of savannah and mountains, is probably unique among Amazonian indigenous populations.

Solar energy – with local people trained to maintain the equipment – seems a much more feasible solution for rainforest communities.

So far the Brazilian Government, committed to a gigantic programme of  dam building, has shown little interest in these more modest solutions. Backing from NGOs is probably the only way to make them happen.