Specific criteria that countries can base emission reduction plans on needs be agreed at the Warsaw climate summit at the end of 2013, an influential campaign group has warned.

The Climate Action Network (CAN) wants the UN to host an ‘equity review’ to establish a consistent set of indicators developed and developing countries can use to assess their own climate ambition.

Observers fear that unless accepted measurements of climate ambition can be established, it could be virtually impossible to construct an effective global climate deal in 2015.

“We recommend four based on criteria in the Convention,” Alden Meyer from the Union of Concerned Scientists told RTCC.

“These are adequacy of the collective effort to avoid climate change, responsibility – who’s responsible for putting what in the atmosphere, capacity – who has the ability to do how much, and development needs – the right of developing countries to lift their people out of poverty.” 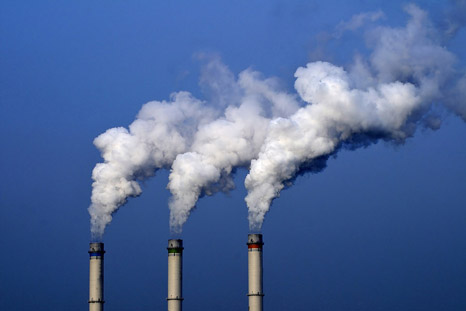 Many observers fear that if countries are left to decide their own emission reductions, they will pick the lowest figure possible

The UN Framework Convention on Climate Change (UNFCCC) states that developed countries have a historical responsibility to take the lead in carbon mitigation efforts.

But with carbon dioxide levels approaching a historical high of 400 parts per million, there appears to be a growing acceptance that all countries will have to contribute to a global agreement, depending on their capabilities.

How this can be shared out equitably among individual states is unclear.

With a current vacuum in the process, the USA has been pushing a ‘pledge and review’ process, where countries draft their own emissions reduction plans which are then checked by other parties in the UN climate convention.

“Countries, knowing that they will be subject to the scrutiny of everybody else, will be urged to put something down they feel they can defend and that they feel is strong,” US climate envoy Todd Stern told Reuters.

Stern says countries could submit plans in early 2015, which would then be reviewed by a variety of stakeholders in the process, although he admits a process that involved all 195 parties negotiating targets would be “hard for us to imagine”.

EU negotiators argue a broader ‘Spectrum of Commitments’ approach that could see all parties converge on a common target could be a better plan, but are unclear whether these commitments would be based on GDP, human development indexes or per capita emissions.

CAN, an international network made up of over 700 Non-Governmental Organizations (NGOs) in more than 90 countries, points out a global deal could be impossible unless participants can assess how appropriate their proposals are.

“The US, Europe, Japan and China will have to explain why what they are putting forward can be justified as their fair share of the global effort needed to keep below 2°C,” Meyer said.

“It changes the dynamics and encourages people to come in with higher offers rather than the least common denominator lowballs. Why would you come in higher if there is going to be a review phase?”

CAN has consulted with leading EU negotiators, although it is not clear how their plans were received.

Meyer admits it is a delicate process, as national governments are understandably reluctant to allow foreign bodies dictate the levels of greenhouse gases they can emit.

“We’re not saying there should be some expert body picked by countries that would review country pledges and cast judgement on them. That would never fly,” he said.

“You’d never get agreement and have extreme sensibilities from countries having their policies judged by experts not part of their governments.

Criteria based on historical emissions sounds the simplest way of allocating responsibility, but it is likely to cause a breakdown in the talks.

A report compiled by analysts Ecofys in 2008 calculated that the US was responsible for 20% of global greenhouse gas emissions, with Latin America and Europe both on 14%.

The consequence of basing a global climate deal on this formula could leave the US facing punitive emission reductions that would be politically unacceptable to any President, let alone Congress.

In addition, China and India’s overall contributions could soon surpass all the carbon dioxide emitted before 1992, the year when the links between greenhouse gas emissions and climate change were officially recognised at the Rio Earth summit.

Ecofys is working on an updated version of this study, which is likely to be published in October this year.

Meyer says the best hope is to cultivate an environment where countries develop a set of commonly accepted measurements without having various viewpoints thrust down their throats.

Most importantly he believes this could move negotiations to a new level, where facts rather than old truisms dominate discussions.

“We don’t want to get into a fact free debate over equity, where people are throwing principles and rhetoric around – they’re actually trying to be disciplined,” he said.

“If you agree on that process in Warsaw, and you agree to have a set of criteria and indicators by which proposals will be evaluated, countries will know that in advance and know they will have to defend their proposals from a science and a fairness or equity point of view.”

He added: “Everyone we’ve talked to thinks this is an issue and thinks there needs to be some organised discussion on how to discuss equity – and not leave it till the proposals [national pledges] are in.”