The crisis in the European carbon market has spilled over to Australia with the government forced to postpone a promised tax cut.

Australia placed a charge of A$24 per tonne on the largest emitting industrial sectors with its powerful mining industry hit hard.

A planned increase in the tax free income tax threshold that was linked to money raised by the carbon tax has now been postponed.

“If the carbon price forecast is revised down, as it will be in the budget, then there’s no case for the additional measures that we had put in place,” Climate Change Minister Greg Combet confirmed on Wednesday. 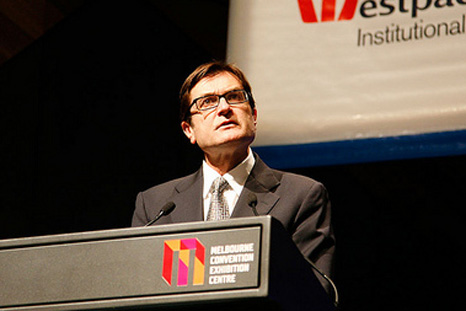 Opposition leader Tony Abbott, who has pledged to scrap the tax and the country’s climate commission should he win September’s election, said it was further evidence that Julia Gillard’s government could not be trusted.

“This is a government that talks about living in the Asian century, yet they gave economic policy-making in Australia over to the Europeans,” said Abbott.

The struggling EU Emissions Trading System (ETS) will be partially linked to the Australian market in 2015 and fully linked in 2018.

A recent vote by the European Parliament against reforms of the struggling ETS raised fears that market faced a period of stagnation.

Asked by RTCC if Australia was reviewing the plans for the link-up, a spokesperson for Minister Combet said: “Australia remains committed to the link with the European Union carbon market.”

They added that carbon markets including the EU link-up were part of the process of building momentum for the UN’s 2015 global climate treaty, due to come into force in 2020.

A combination of reduced economic output as a result of the recession and the absence of more ambitious EU climate targets mean the cap has been placed too high and the demand to trade emission permits is too low.

In April the proposal to withhold 900m credits from the next phase of the system to this imbalance in supply and demand, was voted down 334-315.

A second vote on a tweaked version of the reforms will take place in the first week of July.

VIDEO: Why green business is flourishing in Australia