The Danish Government has committed US$2 million to renewable energy and energy efficiency projects in the Pacific.

The funds will run a solar photovoltaic telecommunication system in the Solomon Islands, a super-efficient demonstration house in Tuvalu and solar powered wall water pumping systems on the Ha’apai Islands.

Pacific communities are often described as being on the ‘frontline’ of climate change, due to their vulnerability to rising sea levels and storm surges. 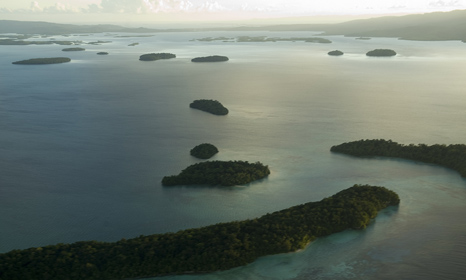 They also recognize the impact low carbon leadership from smaller states could have on building levels of ambition around the world.

“The Pacific contributes only 0.03% of the world’s total greenhouse gases but we are the islands that are in the frontline of the impacts of climate change,” said David Sheppard from the Secretariat of the Regional Environmental Programme (SPREP).

“In response, Pacific countries have all set very ambitious renewable energy targets but the issue is the implementation of these targets.”

The agreement was signed between SPREP and the United Nations Development Programme for renewable energy and energy efficiency projects in the Pacific islands.

Islanders rely heavily on fuel imports for transport and electricity, which place them at acute risk from volatile prices in the international market.

Over the past five years, potential renewable energy projects have undergone feasibility studies and resource assessments in 11 Pacific island countries.

Having gone through the initial process, this second phase will allow these initiatives to be upscaled and replicated across the region.