New cars in the EU are getting greener but more action will be required to make significant cuts to transport related greenhouse gas emissions.

New passenger cars will be required to emit an average of 130g per km across a manufacturer’s entire range of vehicles, by 2015. A target of 95g by 2020 received the support of the EU’s Environment Committee last week.

Figures released by the European Environment Agency (EEA) show that in 2012, the average figure across the entire block was 132.2g of CO2 per km. 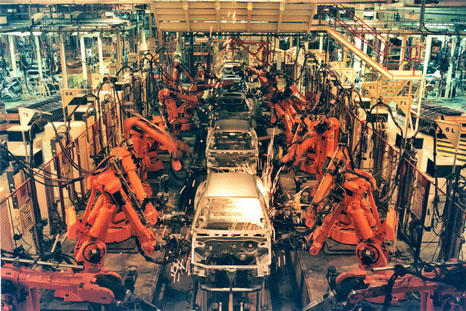 Cars made in the EU are getting greener but transport emissions overall are on the rise since 1990 (Source: Flickr/spenceyc)

“This clearly shows that it helps to set standards and European car makers are embracing the opportunities of moving to a low-carbon economy by delivering cars that are increasingly fuel efficient and emit less and less CO2.

“In doing this, the European car industry will not only remain competitive in the changing global market but is also benefiting consumers, who are saving money on fuel,” added Hedegaard.

Jacqueline McGlade, EEA Executive Director acknowledged that alone, the policies were not enough.

“New vehicle technology is becoming more efficient, which is an encouraging sign. But significantly cutting the greenhouse gases from transport will also require a more fundamental change in the transport modes we use and how we use them.”

Trewin Restorick is CEO of Global Action Plan, a charity that runs environmental behaviour change projects, told RTCC there were a number of both large and small changes required to make deeper cuts to transport emissions.

“It is obviously encouraging that new cars are becoming cleaner, a change being driven by tightening legislation and increasing fuel costs,” he said. “On their own these incremental improvements in technology will not be enough to secure sufficient cuts in carbon dioxide emissions.

Restorick believes that these significant changes could occur in three areas, the electrification of travel, particularly in urban areas, an improvement in driving habits and a “re-think” on travel by businesses.

“UK businesses spend £17.5 billion every year on business travel and yet three-quarters have never tried even simple incentives to reduce travel. Improving travel efficiency will save them money and increase competitiveness,” said Restorick.

Joe Williams, a spokesperson for the campaign group Sustrans told RTCC that the solution to reducing transport emissions was right under our nose.

“It’s worth remembering that zero emissions vehicles have existed for almost 200 years in the form of the bicycle,” he said. “Helping people to walk and cycle more not only improves the environment, it also massively increases public health and helps reduce costs to the public purse and for individuals.

“To get more people walking and cycling we need to make roads safer, reduce the speed of traffic, create more practical routes for people to use and change the culture on our roads to one of mutual respect,” he added.

More difficult to deal with could be growing aviation emissions. Airline traffic is growing at around 4% annually within the EU, according to EEA data. Despite efforts in the global aviation industry to improve efficiency, emissions from the sector are growing.