The head of the world’s only global emissions trading scheme (ETS) says EU climate ambition is central to ensuring carbon markets are a success.

In an email interview with RTCC, Peer Stiansen, the new chairman of the UN’s Clean Development Mechanism (CDM) Executive Board, warns the EU ETS was “critical in development of the mechanism”.

“The recent down-turn in the EU ETS highlights the urgency of identifying or developing additional sources of demand for CDM units,” he writes.

And despite warnings last year that the CDM had “essentially collapsed”, Stiansen says he remains confident it can survive the current downturn provided governments back low carbon policies.

“The CDM needs long-term commitment…concrete action is needed for the industry to come back,” he says.

Read the full Q&A with RTCC below. 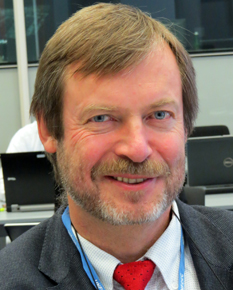 RTCC: Why do you think the CDM and more broadly global carbon markets have struggled in the past few years? Is this solely down to the economic downturn or are there other factors?

Peer Stiansen (PS): The CDM was set up as a tool to help countries meet their emission reduction targets.

If those targets lack ambition, then the tool is less in demand. Of course, the economic downturn in Europe has clearly had an effect, the EU ETS being the biggest market for CDM credits.

However, I see a growing interest in market approaches and mechanisms – in Australia, New Zealand, at the state and regional level in the US and Canada, in China and elsewhere. I believe this reflects that markets will become crucial when the response to climate change is more ambitious, and that what we see now is a temporary downturn.

RTCC: The CDM Policy Dialogue report last September was gloomy. What specifically gives you confidence that it can be reborn as an effective mechanism?

PS: To me, the clearest, most important finding of the policy dialogue was that the CDM is an important mechanism that has done a great deal of good, and countries need to protect and enhance what they’ve created.

My optimism comes from the fact that the CDM works and that tools like the CDM are essential – provided there’s a useful level of ambition on the part of countries. CDM is here and it works. It has also shown an amazing ability to evolve and improve.

RTCC: Can we look at some of the recommendations in the report, first, regarding the collapsed price of CERs – has the “immediate crisis of demand” been satisfactorily resolved?

PS: The price of CERs is even lower this year. As a result, the number of projects entering the pipeline has fallen off, to around 20 a month. This means that industry people engaged in the CDM are looking elsewhere.

It might be hard to convince them to come back. I’m the Chair of the CDM Executive Board, so I’m extremely concerned about the health of the mechanism.

However, I’m a great deal more concerned about what the health of the mechanism says about countries’ level of ambition to reduce emissions. One step in the right direction was that Doha gave legal certainty about the continuation of the Kyoto Protocol and the CDM, but this was clearly not enough.

RTCC: Do you think governments buying excess credits from the market to stimulate the price is a good idea?

PS: I think everyone would prefer that the price were high based on the fundamentals – resulting from countries reducing emissions in response to what the science tells us is necessary to address climate change.

I think that the governments should weigh how best they can contribute to the CDM in the coming years. We know that money is tight. They will have to defend what they buy to their taxpayers, so they need to spend wisely.

The CDM needs long-term commitment. It would probably be most useful if countries or regions simply expressed their support for the tool that they’ve built and indicate their intention to use the CDM, for example in their emerging cap and trade markets. Concrete action is needed for the industry to come back.

RTCC: It also calls for “greater access to underrepresented regions”. A common criticism is that projects are disproportionately located in China and India – is this a situation you want to change?

PS: We should appreciate that CDM is a success in China, India and other countries. The Board, as well as our political masters, have always taken measures to enhance regional distribution, and I am sure we will continue to look for ways to spread the benefits of the CDM.

We’ve done this mainly through capacity-building, creation of targeted methodologies, a loan scheme, simplification of rules and development of new approaches, such as programmes of activities and standardized baselines.

Most recently we’ve agreed to the setting up of regional collaboration centres with partner agencies and institutions in Africa. The idea is to work closely, on the ground, to identify opportunities and remove unnecessary barriers to project creation. As a Board, we’re looking closely to see whether this initiative will bear fruit. But again, more demand is the best response.

RTCC: Some projects and recipients have raised eyebrows (the UAE state run property firm that built Dubai’s indoor ski slope for example). What must the CDM do to protect its reputation in the future?

PS: First, there is no such project registered under the CDM. The closest thing I’ve found to that is a notice of prior consideration, a sort of statement of intent, by a developer of shopping malls.

Unfortunately, your example is familiar. In my own country, media have several times criticized the CDM for projects that never even got to validation, and these stories do shape public perception. There has been steady improvement of the CDM since its launch, much thanks to constructive criticism by those genuinely interested in improving the mechanism.

There are now more than 6700 projects registered in 85 countries, and many more projects are in the pipeline. It will be a real shame if imagined or outdated criticisms prevent the CDM from delivering on its potential.

RTCC: To what extent does the CDM’s future depend on the EU-ETS performance – are these interlinked issues?

PS: The European market has been the main demand centre for CDM units by far.

It’s fair to say that demand from the EU ETS was critical in development of the mechanism. So, whatever happens in the EU ETS is significant for the CDM. The recent down-turn in the EU ETS highlights the urgency of identifying or developing additional sources of demand for CDM units.

I see several potential sources of demand: demand in emerging market systems, demand from development agencies wishing to make use of the validation, verification and sustainable development aspects of the CDM to further their goals, and companies wishing to use CERs as part of corporate social responsibility programmes.

For example, I’ve learned of a World Bank fund of more than 50 million dollars earmarked to buy CERs at above-market prices from projects in least developed countries.

And, I’ve heard of interest among stakeholders in using CERs as part of an emission reduction programme in some developing countries, whereby companies could use CERs to achieve or supplement reductions.

PS: I think the existence of the CDM will give countries a higher level of comfort to take on more ambitious commitments to reduce emissions. Beyond 2015, I see the CDM continuing to evolve and improve and continuing to be an important tool in the toolbox.

UNEP has indicated a gap of at least 8 Gt between projected 2020 emissions and a 2 degree pathway. CDM could scale up to cover a significant part of that, even if some of the present host countries may choose other instruments to target parts of their economies.

The mechanism could also have an important role to play in informing the development of complementary mechanisms, such as the new market mechanism being pursued by countries under the UNFCCC. Post-2015 I see an expanded role under the CDM for programmes of activities and standardized emissions baselines, as well as further efficiency features.

RTCC: Given the global nature of the CDM and the importance of nations to take responsibility (as suggested in the PD report), what can you really achieve as chair?

PS: You make a good point. Countries have to step up and address climate change, with urgency. It’s the Board’s responsibility to continue to implement and improve the CDM, so it continues to be a useful tool, now and in the future when countries do rise sufficiently to the challenge of climate change.

As Chair I’ll keep the Board’s attention focused on its important work, and I’ll take every opportunity to remind countries what an important, valuable tool they’ve built in the CDM.