Dig up your lawn & live somewhere hot to cut emissions

Here is some very limited advice on how to reduce your carbon footprint in suburban America: if you have a lawn, dig it up and plant a crop of maize. And if you live in Minneapolis, sell up and move to Miami.

Two research papers in two journals have looked at two of those either/or questions that keep academics busy and dinner parties animated. Researchers at Elizabethtown College in Lancaster County, Pennsylvania, decided to look at what happens when farmland is converted to urban property.

So for 10 weeks in the autumn of 2011, they visited and sampled the carbon dioxide release, soil moisture and temperatures, from urban lawns and from fields of corn, known also as Zea mays.

They report in the Soil Science Society of America Journal that freshly mown grass sward won the dubious trophy for high greenhouse achievement. That is because lawns, on average, were hotter. 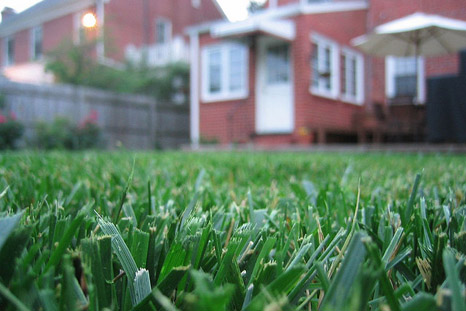 The higher lawn temperatures seem to be part of the urban heat island effect. Cities, notoriously, are much warmer than the surrounding countryside: roofs, roads, pavements and parking lots are dark, and absorb more sunlight, raising the ambient atmospheric temperatures overall.

What the researchers had not quite expected, however, was to observe the effect on such a local scale. The research team found that urban development just 175 metres from a test location can cause an increase in temperature. The research is a small part of a much larger, global effort to understand what changes in land use do to climate.

“If we go from one land use to another land use, how does that impact carbon cycling which in turn can affect climate change? Our study touches on one component of that cycle, and more research is needed to address this huge topic,” said Dr Bowne.

Meanwhile, over at the University of Michigan, Ann Arbor, Michael Sivak asked himself the question: which demands more energy, air conditioning or central heating? He reports in Environmental Research Letters that he compared the costs of climate control in America’s warmest large city, and its coldest: Miami and Minneapolis respectively.

The question isn’t an easy one: both air-conditioning and central heating systems use energy, but do they do so with comparable efficiency? One runs on electricity, the other sometimes on natural gas or oil.

Even in Miami, people occasionally need to turn up the thermostat. Minneapolis, like any mid-Western city, can become uncomfortably hot, so both cities use both forms of climate control.

The answer however proved to be quite straightforward. Professor Sivak concludes that the cost of staying comfortably warm in Minneapolis requires 3.5 times the energy needed to stay cool in Miami. Miami’s advantage might be even greater, if only because humans tend to tolerate heat rather more good-temperedly than cold.

“The traditional discussion of climatology and energy demand concentrates on the energy demands for cooling in hot climates,” Sivak writes. “However, the present results indicate that the focus should be paid to the opposite end of the scale as well.”