China has agreed to end the production of industrial hydrochlorofluorocarbons (HCFCs) by 2030.

The chemicals deplete the ozone layer and create a very potent greenhouse gas during production meaning that the phase out could save the equivalent of eight billion tonnes of CO2.

Although they have shorter lifetimes than CO2, their effect on warming in the near term is significant.

$385 million from a Montreal Protocol fund will be used to phase out the production of HCFCs in China, the country produces 97% of all the HCFCs in the developing world.

The productions process also creates HFC-23, which is 14,800 times more potent than CO2 at warming the atmosphere. It is sometimes destroyed and sometime vented into the atmosphere. 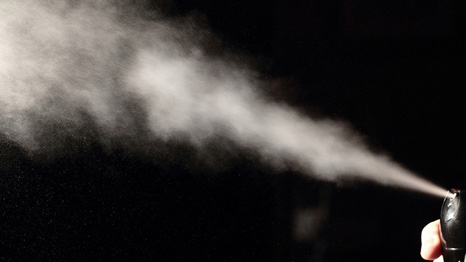 China’s pledge to stop production of HCFCs could save the equivalent of billions of tonnes of CO2 (Source: Flickr/rmhowie)

“Elimination of China’s production of HCFCs over the next 17 years is a great win for the environment,” said Mark W Roberts, senior policy advisor with the Environment Investigation Agency (EIA).

“However, it will be a hollow victory unless China adopts measures to prevent HFC-23 from being vented into the atmosphere.”

The gases are used in air conditioning, refrigerators and to produce a number of foams, solvents and fire retardant materials. Usage is expanding as the demand for air conditioning grows.

Alternatives are available but are not yet widely used in developing countries.

The Montreal Protocol agreed the global ban on CFCs, which led to the uptake of replacements, many of which are bad for the climate.

A number of projects, including the US-led Climate and Clean Air Coalition (CCAC), are targeting these and other short lived climate forcers such as soot and methane.

Attempts to ban HFCs through the Montreal Protocol have been blocked vehemently by India, which says affordable alternatives to HFCs for all its application must be identified first.

The Montreal Protocol’s Multilateral Fund will provide $95m over the first four years to halt the growth in production by the end of 2013 and a 10% reduction by 2015.