The USA’s Clean Water Act could be used to combat the growing threat posed by ocean acidification, the San Francisco based Center for Biological Diversity (CBD) claims in a new petition.

The world’s seas have become 30% more acidic since the industrial revolution, and scientists says this figure is likely to increase as the oceans absorb more carbon dioxide.

Studies suggest sea life such as oysters, clams, sea urchins and corals will struggle to survive in increasingly acidic waters – affecting a variety of life further up the food chain.

The CBD’s 66-page submission calls on the Federal Environment Protection Agency (EPA) to: ‘publish information to provide guidance to states on ocean acidification, including the factors necessary to prevent deleterious changes in seawater chemistry due to anthropogenic carbon dioxide emissions and the factors necessary to prevent adverse impacts of ocean acidification on fish, shellfish, and wildlife.’ 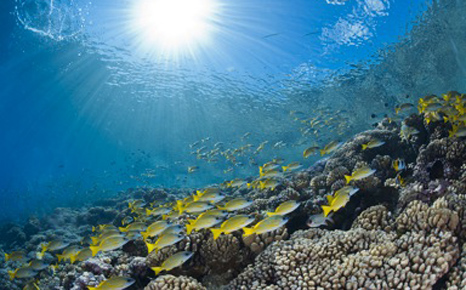 The main target of the 1972 Clean Water Act was pollutants in rivers and coastal waters, but the CBD contends it offers ‘tools’ for government to take action against acidification.

“There is already a water quality standard for marine pH, which can be used to address ocean acidification,” CBD Senior Attorney Miyoko Sakashita told RTCC.

“Several years ago we petitioned to strengthen that marine pH standard, and after consideration EPA denied the petition. But nonetheless, it raised awareness about ocean acidification and later EPA affirmed that the Clean Water Act can be used to address ocean acidification.”

The petition is significant given the progress on carbon emission reductions achieved under its ‘sister’ Clean Air Act legislation, originally signed off in of 1970.

In 2007 the US Supreme Court ruled the Act’s powers allowed the EPA to regulate greenhouse gas emissions from cars, arguing the potential consequences of rising temperatures endangered public health.

The Agency has since turned its attention to emissions from power plants, although it recently missed a deadline to finalize rules for implementing this legislation.

The CBD submitted a similar petition in 2007, the final year of the George W Bush administration.

That time it was rejected, but Sakashita says she is confident this will be more successful given the level of research published on the subject in the intervening years.

“I believe that this petition has a good chance because there is significant new science about ocean acidification and its impacts,” she said.

“Additionally, Washington State has even said that it desires the EPA to create new water quality standards for ocean acidification to save its troubled shellfish industry.”

VIDEO: The oceans are ‘hot, sour and breathless’