MEPs have voted against plans to reform the struggling European carbon market in Strasbourg today.

The proposal would have held back more than 900m carbon credits from the next phase of the Emissions Trading Scheme (ETS).

The amendment to block the reforms was backed by 334 MEPs with 315 against.

The process, known as “backloading” was designed to address the oversupply in the market that has resulted from reduced economic output and lack of demand as a result of the failure of the EU to make more ambitious emissions reduction pledges. 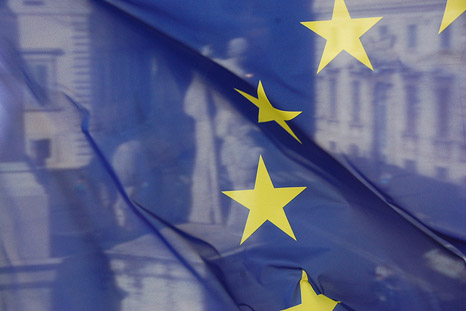 The result has been a collapse in the carbon price from a high of €30 to around €4 in recent weeks. Low prices reduce the incentive for sectors covered by the ETS to limit their emissions output. The price fell to €2.67 on the news.

The chief economist of the International Energy Association (IEA) told the Financial Times that failure of the carbon market would reach beyond Europe’s borders.

“It is important not only for Europe, but also for the global fight against climate change,” he said.

“Europe is the region that started this endeavour, which the world, perhaps with some modifications, has to follow. If we say that this exercise didn’t work out, this would be a loss not only for Europe but for everybody,” added Birol.

While backloading has been rejected in the near term, The European Commission will continue to propose ways to Parliament to make the ETS stronger.

Analysts said all along that backloading was the first of a number of steps required to reform the ETS and was never the silver bullet on its own. Larger structural reform, to make the market more flexible are likely in the longer term.

Carbon prices will likely remain stagnant in the meantime however.

EU #carbon price plummets after #backloading proposal is rejected by the EU Parliament.twitpic.com/cjqv51

European elections next year will place the ongoing debate in a new context.

”The Commission of course regrets that the European Parliament has not approved the back-loading proposal. However, it is worth noting than when it was suggested in the second vote that the Parliament finalised its rejection right away, this was not supported. The proposal will now go back to the Parliament’s Environment Committee for further consideration.”

Matthias Groote, the German MEP who sponsored part of the backloading plans tweeted: “Renationalisation of climate policy has now begun. Bad for the environment and for international negotiations.”

Sarah Deblock, EU Policy Director at the International Emissions Trading Association (IETA) told RTCC yesterday that the risk of weakening the ETS would be a patchwork of national carbon taxes across member states.

“It makes more sense to have a strong ETS than taxes at the national level for instance. We see this as a worrying trend,” she said, giving the UK carbon floor price as an example.

“It sends the wrong message to companies, to the public and the international community. It’s now incumbent on those MEPs who said they support the long term success of the EU ETS to act to prevent the EU’s climate policy from drifting dangerously off course. In the meantime, Member State climate policies are now likely to become more fragmented and this will have a negative impact on the common market.”