The UK Government has announced it will join a business-led initiative to tackle deforestation, a major source of greenhouse gas emissions.

The Tropical Forests Alliance 2020 (TFA 2020), which helps businesses cut their impact on forests, was established in 2012 by the US government and the Consumer Goods Forum (CGF), a group of 400 retailers and manufacturers which collectively have annual sales in excess of US$ 3 trillion.

Between 2000 and 2010 there was a net loss of forests of 5.2 million hectares a year, according to the UN’s Food and Agriculture Organisation (FAO). The TFA 2020 project looks to shift supplies of palm oil, beef, soy and other commodities away from unsustainable sources in effort to cut this figure.

Patience has been running out with talks through the UN’s Reducing Emissions from Deforestation and Forest Degradation (REDD+) mechanism. Its fate is likely tied to the global climate change treaty that will be signed in 2015 and enforced from 2020.

Matt Leggett, head of policy with Global Canopy Programme (GCP) told RTCC the shift in attitude by portions of the private sector was welcome.

“Without some form of financial incentives the battle against deforestation is as good as lost,” he said. “The fact that this initiative exists demonstrates that the private sector is coming to realise that to avoid future negative financial impacts on their profits, sustainable production methods that avoid deforestation and unsustainable consumption are urgently needed,” he said. 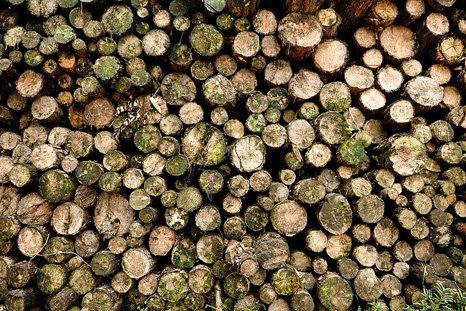 Land use changes, particularly deforestation, account for around a third of man-made emissions as carbon rich forests are removed, often for agriculture and industry.

In February this year Asia Pulp & Paper (APP) announced a new deforestation programme after years of pressure from Greenpeace and other NGOs. APP is one of the largest paper companies in the world and has been accused of clearing tens of thousands of hectares of rainforest a year for plantations.

“The urgency of tackling climate change is clear and limiting global warming to 2°C limit will be extremely challenging – if not impossible – without a significant reduction in deforestation before 2020,” said UK climate change minister Greg Barker.

“Joining the Alliance builds on the work the UK is already doing with the timber industry and rainforest countries to crack down on illegal logging, and our plans to address the agricultural drivers of deforestation”.

Leggett said governments had acknowledged the importance of deforestation to tackling climate change and have realised that this cannot be done without working with businesses.

“Unless the major companies that control the global trade in forest risk commodities can be shown that there is a financial imperative for action (usually the threat of reduced profits), there is unlikely to be any behavioural change.”

Efforts to develop a functioning financial mechanism through the UN climate process have been slow and dogged by controversy.

“Patience with the UNFCCC negotiations is seriously waning, any efforts to engage the private sector in realistic discussions with the public sector about tackling unsustainable deforestation represent a breath of fresh air,” said Leggett.

Parallel action to reduce greenhouse gas emissions, such as the Climate and Clean Air Coalition (CCAC), have also looked to spur significant efforts outside the UN climate talks.

The TFA 2020 programme was only established in June 2012 at the Rio+20 conference and as Leggett points out, it will have no power as a regulator or to draw up legislation. Despite this, he remains cautiously optimistic.

“I think these types of initiative represent the latest and best hope of catalysing efforts to reduce deforestation and therefore address climate change in the short to medium term,” he added.