Failure to reform the EU carbon market could distort trade in the Eurozone and waste eight years of climate action, a group of influential Ministers has warned.

UK energy and climate chief Ed Davey and colleagues from Germany, Italy, Sweden and Denmark called on MEPs to back proposals to prop up the flagging Emissions Trading Scheme (ETS) in a crucial vote on Tuesday.

“Without sustainably strengthening the ETS, eight years of climate action will be lost, creating a serious threat for the existence of our most cost efficient climate policy instrument,” they wrote in an open letter.

The European Parliament vote will decide whether to withhold more than 900m carbon credits from the next round of the cap and trade system, a process known as backloading. This would address the surplus of emission allowances that has seen the cost of emitting a ton of CO2 fall to less than €3 at times this year. 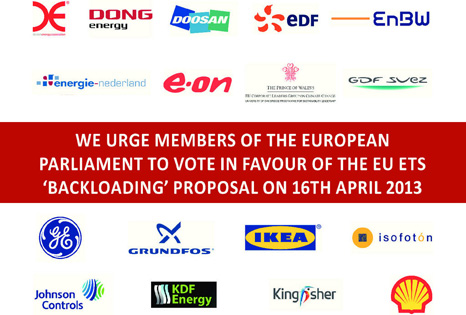 “If the ETS lost its central role in Europe, Member States would possibly introduce more unilateral measures for climate protection in order to incentivise sustainable investments in their industries and to enforce their national climate targets,” they warn. “This would lead to new competitive distortions in Europe.”

Peter Altmaier, Germany’s Environment Minister said it was important to spell out the importance of the changes to the system’s long term future.

“We’re struggling to explain to honourable members of the European Parliament how important it is to provide a signal we so badly need in order to make ETS more effective and to increase its attractiveness worldwide,” he said.

With the incentive to conserve carbon credits valued so lowly, supporters of the green economy fear its effectiveness is also being jeopardised.

“The current low carbon price, caused by the large oversupply of allowances in the market, risks damaging growth and investment in green technologies,” warned Ed Davey, the UK’s Secretary of State for Energy and Climate Change.

UK government statistics revealed that last year one third of the country’s economic growth had been generated by the green sector. Businesses including 3M, EDF, E.On and Alstom have backed the proposals.

Backloading will require the support of the European Parliament where the largest party, the European People’s Party has said it expects the majority of its MEPs to vote against the plans.

It would then be passed to the European Council where a qualified majority is required in a vote weighted in favour of larger nations.

Opposition to the plans has been led by Poland which relies on coal for more than 90% of its electricity production. Poland has 27 votes at the European Council and would need 91 in order to block. Abstentions could reduce that target.

The ETS is the flagship EU climate policy. European Climate Action Commissioner Connie Hedegaard said on Twitter last night that the alternative to a strong ETS was “nothing but [a] patchwork of national regulations”. 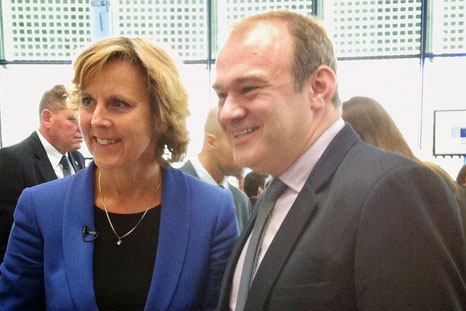 A combination of lower than expected CO2 reduction targets and reduced industrial output has increased supply and lowered demand simultaneously.

If the EU goal of reducing emissions by 20% by 2020 had been raised, the cap on emissions would have been reduced.

Bloomberg reported that carbon credits closed up 1.25 yesterday at €4.35. A price of €20 is the estimated minimum price required to adequately incentivise climate action amongst businesses.

The EU ETS is the basis for several international carbon markets overseas including in China, South Korea and Australia.

Australia plans to link its own system with the EU ETS in 2018. A spokesperson for Australian climate change minister Greg Combet told RTCC: “Australia remains committed to the link with the European Union carbon market.”

South Korea’s deputy Environment Minister Reuters PointCarbon that the failure to stimulate the market could result in less ambition from markets still under development overseas.

Open letter to MEPs on reforms to the EU ETS