The development of sustainable biofuels received a boost this week as scientists announced a breakthrough that could transform how they are produced.

Scientists from the University of Texas are using genes from the same family of bacteria that produces vinegar to turn algae into solar powered biofuel factories.

The research claims that the result would be algae capable of producing large volumes of nanocellulose, the long chain molecules that form tree trunks, branches, cotton fibres and are the main component in paper and cardboard.

Molecules of nanocellulose are not unlike plastics. It is stronger than steel, stiffer than Kevlar and also conducts electricity. It can be used to create flexible display screens, lightweight body armour. It’s super absorbency could also be used to mop oil spills.

“If we can complete the final steps, we will have accomplished one of the most important potential agricultural transformations ever,” said R. Malcolm Brown, Jr. from the University of Texas who presented the findings at a meeting of the American Chemical Society (ACS). 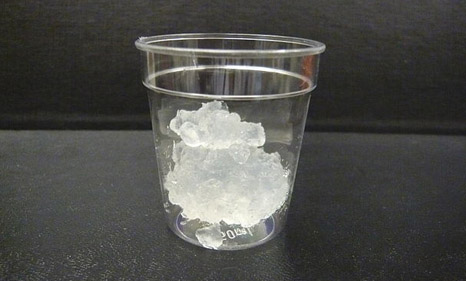 So-called first generation biofuels are typically made from sugars in the edible part of plants raising ethical questions about their use. Subsidies for biofuels have encouraged forested land to be cleared for energy crops and farmers to switch away from growing food.

Making biofuels from algae-based sources or harnessing the energy in the non-edible part of plants could provide more sustainable alternatives.

“We will have plants that produce nanocellulose abundantly and inexpensively. It can become the raw material for sustainable production of biofuels and many other products,” said Brown.

The bacteria associated with blue-green algae called cyanobacteria, creates its own nutrients from sunlight and water. This means the algae does not need to be provided with food and nutrients artificially as it releases nanocellulose into its surroundings.

“While producing nanocellulose, the algae will absorb also carbon dioxide, the main greenhouse gas linked to global warming,” he added.

Brown also warned that cheap natural gas in the US could hinder the development of biofuels but in the long run, they would prove to be essential.