The International Monetary Fund (IMF) has called for an end to the US$1.9 trillion in fossil fuel subsidies handed out worldwide each year.

A study commissioned by the organisation reveals that 8% of all government revenue globally is spent subsidising unsustainable energy with 40% of the $1.9 trillion total from advanced economies.

The group’s Energy Subsidy Reform study found that an overhaul could have beneficial results for a nation’s economy.

“Subsidy reform can lead to a more efficient allocation of resources, which will help spur higher economic growth over the longer term,” says the IMF’s David Lipton. 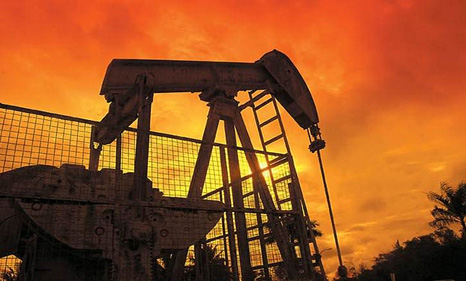 Petrol is heavily subsidised by many major oil and gas exporters – a policy viewed by the public as a way to share the benefits of the nation’s natural resources.

This partly explains the stiff resistance governments can face if they try to remove or reduce these subsidies – the 2012 unrest in Nigeria being one such example.

Countries from the Middle East and North Africa (MENA) were more likely to offer larger subsidies proportionate to the size of their own economy.

Many countries in MENA have increased subsidies in recent years.

Some could be looking to placate the public to avoid more unrest in the wake of the Arab Spring according to Richard H. Jones, deputy executive director of the International Energy Agency (IEA) in an interview with RTCC last year.

The report also warns that encouraging cuts in the price of fossil fuels for consumers, or the cost of is exploration by oil companies, could exacerbate climate change.

“If they were to abolish those subsidies and reform towards renewables and energy efficiency investments, it would more than triple present global investment into renewables,” he said. “And that is what is needed for a world powered by 100% sustainable renewables.”

The G20 group targeted inefficient fossil fuel subsidies “in the medium term” at its meeting in Pittsburgh in 2009. The G8 did the same at the 2012 Camp David talks.

This year’s G20 chair Russia hopes to put together a set of recommendations for a “voluntary peer review process for fossil-fuel subsidies” by the end of the year.

A large campaign to eradicate fossil fuel subsidies was formed for the Rio+20 Earth Summit last year however the final outcome of the conference provided only very loose language on the topic.

“Countries reaffirm the commitments they have made to phase out harmful and inefficient fossil fuel subsidies that encourage wasteful consumption and undermine sustainable development,” reads the Future We Want document.

“We invite others to consider rationalizing inefficient fossil fuel subsidies by removing market distortions, including restructuring taxation and phasing out harmful subsidies,” it continues.

Data from the Organisation for Economic Cooperation and Development (OECD) shows that developed countries have been gradually reducing support for producers from a peak of $20bn in 2006 to around $17bn in 2011.

“I do not know exactly what constitutes the medium term, but it is surely time to get on with fulfilling this very important commitment,” says the IMF’s Lipton.