How sustainable is your Easter egg?

Easter egg fans can check the sustainability of the chocolate eggs this year following a campaign to rate the UK’s top brands on their use of sustainable palm oil.

Palm oil is used in a surprisingly large number of products from soap to margarine. Rainforests are often cleared in countries such as Indonesia and in the Congo Basin in Africa to make space for large palm oil plantations.

A whopping 80 million chocolate eggs are estimated to be eaten in the UK around Easter each year.

British favourites Cadbury, owned by Kraft, and Kinder, owned by Italian firm Ferrero, both saw their range fell into the bottom half of the ratings with supermarket own brands filling up much of the top ten.

Rainforest Foundation UK and Ethical Consumer has surveyed 70 UK chocolate brands on their use of unsustainable palm oil and related derivatives. 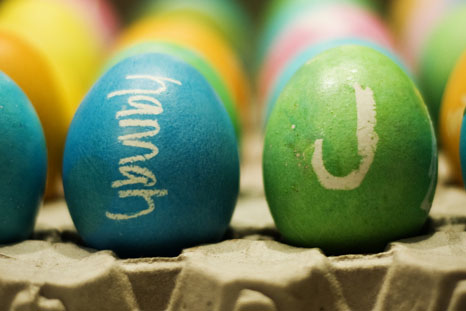 “We’ve launched a guide to foods containing palm oil with Ethical Consumer to raise awareness of the impacts associated with the production of this common ingredient,” said Simon Counsell, Executive Director of RFUK.

“Consumers should be empowered to make informed purchasing decisions, understanding the impact of the production of the products they pick.”

RFUK estimates that one million acres of rainforest is being cleared in the Congo alone. As well as destroying a valuable carbon store, the habitats of numerous wildlife are under threat including mountain gorilla and forest elephants.