Why the EU’s 2030 climate targets matter beyond Brussels

The UN climate negotiations are like any other, one party starts high and another low until common ground can be found.

Traditionally the EU’s role among other developed nations has been to start high and raise collective ambition to cut greenhouse gases and support a switch to the low carbon economy.

The EU took on three pledges for 2020, to cut emissions by 20%, improve energy efficiency by the same amount and to increase the share of renewables to 20%.

On Wednesday, it unveiled the 2030 climate and energy package that it will debate, adapt and eventually ask EU governments and MEPs to vote on.

It includes a 40% emissions reduction by 2030 compared to 1990 levels and a commitment to increase the share of electricity produced by renewable sources, but as we explain below, the announcement is significant beyond the borders of the EU’s 27 members. 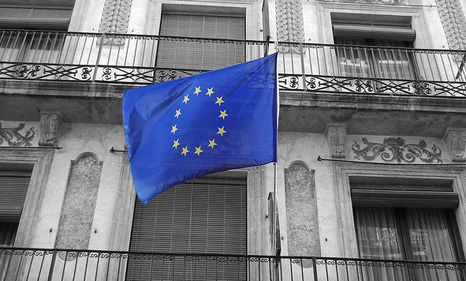 The EU is not only relevant to global climate efforts, it is crucial to their success (Source: Flickr/Identity [email protected])

The 2030 package will be the one the EU puts on the table at the 2015 UN climate negotiations. It needs to arrive in Paris screaming ambition.

“Europe must discuss now and decide before 2015 what are targets should be and what we can do. It would be a mistake to wait till after that and arrive to the international negotiations empty handed,” said European Commissioner for climate action Connie Hedegaard at the 2030 launch.

Others know the EU is a vital player to force the USA, China and other major emitters to the table.

The world’s Least Developed Countries (LDCs) and the Alliance of Small Island States (AOSIS) are calling for the most ambition on emissions reductions. Their hopes are pinned to Europe.

“The AOSIS position is for the EU to lower emissions 45% by 2020, which is in line with what is needed to hold global warming at a level consistent with the survival of all our members.

“Further delay risks locking in severe and irreversible climate impacts, including the loss of entire nations, and sending the wrong message at a time when above all the world needs unambiguous climate leadership,” she added.

This ambiguity that Moses describes has already begun to set in at the EU with indecision on reforms to the long suffering carbon market.

Allowing this to taint Europe’s core message on climate could be dangerous says Anthony Hobley, global head of climate change and carbon finance at the NortonRose law firm.

“The EU has been at the vanguard so if it is seen to be wavering because of internal political and economic considerations that sends a very negative message globally ahead of 2015. It would also suggest the EU no longer believed in the science or in the urgency to act,” Hobley says. 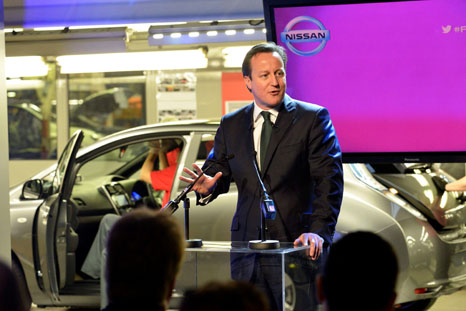 Admitting you have a problem is always the first step to overcoming an addiction. After that people need to know that the solutions are not laden with doom and gloom and can trigger economic growth, create jobs and boost energy security.

“The 20:20:20 targets were transformative in many ways. They forced governments to respond. We’d never had a renewable energy target [in the UK] before. It led to the renewable energy roadmap in the UK. The Feed in Tariff drove uptake of solar to 3GW today from a start of basically zero two and half years ago,” adds Johns.

As well as bringing benefits to Europe these kind of incentives can also provide a solid test case and incentive for other nations to follow.

“We’ve got to show that by acting [on climate change] you open up a wealth of green economy opportunities. This is a global problem and everyone will have to go down this pathway eventually,” says NortonRose’s Hobley.

“If we develop the techniques, technologies and intellectual property (IP) of a low carbon economy, we can sell that expertise, the professional services and IP internationally. That is the prize for being at the front,” he adds.

The renewable energy sector and the supply chains that support it, is one of the key industry for the green economy.

“The 2030 proposals seem to be leaning towards a simple emissions target, with a renewables target hanging in the balance,” says Mike Landy, senior policy analyst with the Renewable Energy Association (REA) and UK project leader for Keep on track! campaign.

“We strongly support the extension of the renewable energy targets to 2030, and that these devolve to a national level. This is a ‘demand pull’ measure which will complement both EU and domestic ‘supply push’ measures, such as funding for R&D,” adds Landy.

In the long term, limiting climate change to the 2°C of warming that scientists recommend is the threshold for dangerous warming and climate disruption.

The single largest emissions reduction programme so far is the Kyoto Protocol and the EU is the largest participant. It makes up the vast majority of pledged emission reductions in the second sitting of Kyoto agreed at the UN talks in Doha.

The agreement only covers 15% global emissions – so in one sense it is of limited value. yet it is a demonstration of how a binding climate regime could work.

The recent economic downturn has helped cut emissions by lowering economic output but the EU is exceeding it pledges to cut greenhouse gases. The two drivers of this are its commitments through Kyoto and its own ETS.

There are an estimated 90 carbon markets around the world now. Australia intends to link its own scheme to the EUs and China is using some of the same consultants who worked on the European market to help it with its own.

As the world’s largest consumption market, the EU sets the rules and others follow.

These range from the energy efficiency of home appliances, the electric car charging format and smart grid technologies.

“So why should we reinvent the wheel? That gives the EU weight in the global economy beyond its direct imprint”.

The final point is that the EU is now fighting battles on behalf of the rest of the world. If supporters of a low carbon future win, it will be easier for others around the world to follow.

The 2030 framework has a lot of work ahead of it. A consultation period has opened, after which revisions, debate, committee scrutiny and several votes await.

“It got through before the 2007 enlargement and Poland [which joined in 2004] was still finding its feet back then,” says Hobley.

“This is all driven by the science. If you have a population and a group of politicians who are not as convinced by climate science and the urgency to act as in 2007, which I believe is the case, it’s going to make it harder.”

Those decisions will be made in Europe, but the ramifications will be felt around the world.