Should electric cars get free parking?

Consumers could be encouraged to buy electric cars if they were promised free parking and exemption from congestion charges and road tolls, a report by the think tank IPPR suggests.

Electric cars are relatively rare in the UK, accounting for less than 1% of total light vehicle sales in the country.

Government attempts to stimulate the market include “plug in” grants that offer discounts up to 25% off the cost of new cars, although as of the end of 2012, it had received only 3,236 applications.

In February it said it would cover up to 75% of the cost of installing charging points in garages and driveways; an attempt to overcome the chicken-egg scenario holding investment back. 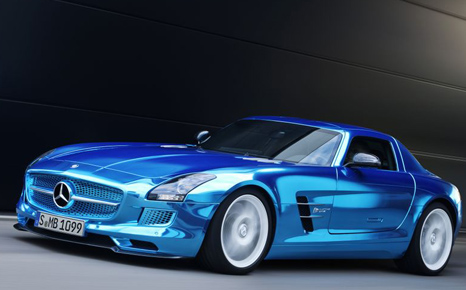 The green badge scheme is probably not aimed at the the Mercedes Benz SLS AMG Electric Drive, which costs $522,000 (Pic: Daimler)

IPPR Associate Director Will Straw says local authorities could offer drivers ‘green badges’ based on the current ‘blue badge’ scheme for disabled drivers, as well the right to park in double red or yellow line areas.

“Although early days, Britain is currently behind other European countries and the USA in terms of the take up of electric cars and other ultra-low emission vehicles,” he said.

“A ‘green badge’ scheme would help increase demand, giving a much needed boost to the industry and supporting other government policies like the ‘plug in’ grant.”

A new generation of vehicles made by BMW, Ford, Tesla Motors and even McLaren were unveiled at the Geneva Motor Show earlier this month, an indication that car manufacturers are taking the sector seriously.

In February the EU issued binding targets for the installation of charging points to its 27 member states – under the plans almost 800,000 publicly accessible charging points will be in place by 2020

The EU hopes to have six million electric vehicles on the road by 2020. The US is currently leading the rollout with almost 20,000 registered so far.

Germany has the most installed charging stations with an estimated 1937 in place – its new 2020 target is 150,000, based on its government’s goal of having one million electric vehicles on the road by 2020.

In his recent budget UK Chancellor George Osborne revealed two new company car tax bands will be introduced from April 2015 for cars with emissions of 0-50g/CO2 per kilometre, of obvious benefit to electric vehicles.