The EU today proposed increasing its emissions reductions target to 40% by 2030.

A green paper released at a press conference in Brussels launched a consultation process open to member states and interested parties lasting until July 2.

The bloc currently has three major targets for 2020.

A 20% reduction in emissions, a 20% increase energy efficiency and a 20% share of renewables in the total energy mix. It is unclear when new targets for the last two will be suggested.

In the paper the EU also “identifies the barriers” that have prevented Carbon Capture and Sequestration technologies from coming up to speed.

RTCC has gathered a series of reactions from the NGO and business communities below – we’ll add to it throughout the day when new comments come in. 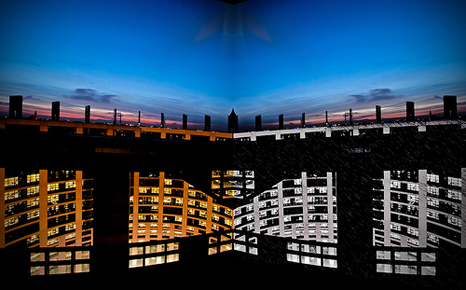 The EU Parliament turned off its lights for one hour at the weekend to mark Earth Hour 2013 (Pic: EU)

Jason Anderson, WWF European Policy Office
“The history of EU policy is littered with the corpses of voluntary targets that died of neglect. Post-2020 climate and energy policy that includes binding renewable energy and energy savings targets will be more effective and less expensive than an approach based on greenhouse gas targets alone, supported by the EU ETS.

“Remarkably, this paper overlooks what we’ve learned about the reason these policies exist: the ever-increasing evidence of the rapidity of climate change. Unless we avert dangerous global warming, all other goals – economic, social, and environmental – will fail. Competitiveness, social welfare and climate protection are not trade-offs: not only can we deliver them all, we must.”

Wendel Trio, Climate Action Network Europe (CAN Europe)
“I think when this was discussed among the commissioners the majority felt there was a need to give sufficient attention to competitiveness and energy prices, this was their main concern. I think Hedegaard and a few other commissioners supporting her, have been trying to make it more balanced but across the whole commission competitiveness has been more important than climate change.”

CCS Leadership Coalition (Shell, E3G, Alstom, Bellona, Sintef)
“We welcome the publication of the CCS Communication alongside the 2030 Green paper and consultation on the 2015 International Climate Change Agreement as these three issues are inseparable. CCS must form an integral part of the 2030 package because it is central to tackling climate change in Europe and abroad. We reassert the statement from the Commission that early deployment of CCS offers the potential for a green re-industrialisation of Europe’s industries.”

Anders Dahlbeck, ActionAid
“ActionAid commends the EC on its ambitions to lower greenhouse gas emissions and for encouraging the growth of the renewable energy sector in Europe. ActionAid hopes that the EC listens to scientists and civil society when consulting on this paper to ensure that unlike some misguided renewable energy policies of the past, it gets it right this time to ensure proper carbon accounting and no negative social impacts on people living in poverty.

“We also need the EU to commit in future energy and climate policies to phasing out all support and targets for land based energy production such as biofuels made from food. ActionAid also calls for proper social criteria for all forms of energy used in Europe to be included in the road map.  We must make sure that our energy needs are not met on the back of the food, land and labour rights of people who already live in poverty”.

Justin Wilkes, European Wind Energy Association (EWEA)
“It is important to put long-term climate and renewable energy policies in place, and the European Commission and Council already agree that an increase in renewable energy is a ‘no-regrets’ option. Energy policy debate over the coming months will be crucial to Europe’s future.

“Member States must now join the European Parliament and the Energy and Climate Action Commissioners in support of a 2030 renewable energy target, together with a greenhouse gas target. This would allow Europe to replace fossil fuel imports with a thriving European wind energy industry generating large amounts of zero-emissions renewable power and technology exports.

“Setting a binding 2030 renewable energy target would help the achievement of the 2020 targets, by providing the wind sector with the clarity needed to make the necessary long-term investments, thereby driving down capital costs as well as the cost of capital.”

Rhian Kelly, CBI Director for Business Environment policy
“It’s critical to get political agreement on a 2030 EU emissions target by the end of next year, to encourage the levels of investment that we need in low-carbon technology. Any target must be part of a coherent policy framework that also seeks to minimise carbon leakage, so that all businesses can play their part.”