Small island states at acute risk from climate change will have a stronger voice at the international climate talks after the European Union agreed to help cover some of their costs.

AOSIS is a coalition of 43 island and coastal countries around the world that are highly vulnerable to climate change impacts, including ocean acidification, water shortages, intense storms, and sea level rise.

The group champions ambitious efforts to lower the greenhouse gas emissions responsible for climate change in line with the latest scientific recommendations. 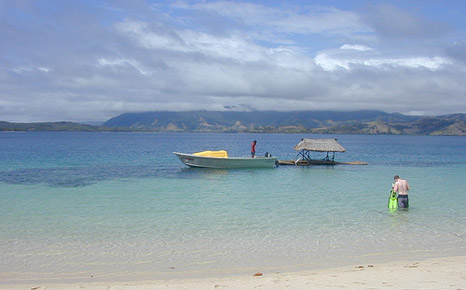 “Too often the voices of the people most vulnerable to climate change are lost on the international stage,” said Ambassador Marlene Moses, who Chairs AOSIS.

“This support will enhance AOSIS’s long-term capacity and help ensure our members are able to actively engage in the UNFCCC process that is so critical to their nations’ well being,”

“With the costs of inaction mounting by the day, it is more important than ever for the interests of the people and countries most vulnerable to be represented at the climate talks.

“We are very grateful for the EU’s support and are confident it will help achieve the imperative goal of ensuring the survival of all states.”

Some of the states AOSIS represents are already contemplating abandoning low-lying islands.

Kiribati’s President has mooted the possibility of evacuating the island state’s whole population if sea levels continue to rise.

The relationship between the EU and AOSIS is seen as critical as the 2015 deadline for a global climate deal draws closer.

Together with the Least Developed Countries (LDCs) they formed a loose alliance in 2011 that saw the adoption of the Durban Platform agreement, laying the foundations for a legally binding emissions protocol.

The alliance became strained in 2012 after financial promises from the developed world were not fulfilled, but the Doha UN talks the groups pledged to work together to collectively ‘raises ambition levels’.

”AOSIS and the EU are united in their desire for an ambitious global climate change agreement in 2015,” said EU Spokesman for Climate Action Isaac Valero-Ladron.

“For many countries, climate change is a matter of survival. Their voices must be heard loud and clear”