Poland’s government stands accused of considering new legislation to limit the influence of campaign groups opposed to its plans to frack for shale gas.

RTCC understands that laws proposed by the hosts of this year’s UN climate conference would prevent organisations that have not been active campaigners for at least 12 months from taking part in consultations.

Polish NGOs fear this will mean smaller community groups who have recently formed to oppose shale gas exploration in their local areas will be excluded from the decision-making process.

Kuba Gogolewski from the Bankwatch network told RTCC he feared the move was an attempt by the government to stifle growing levels of unease in Poland of the environmental impacts of fracking.

“If you really believe shale gas is the way forward and would be fully accepted by society you should actually strengthen the local regions and communities,” he said.

“Poland is a black horse on climate issues and has been so for some time, one of the exits it is trying to portray on the European level is shale gas, and it says that moving from coal to gas is the way forward.

“But at the same time it is fighting EU climate legislation on every front. Poland is clearly betting on shale gas and resisting with all its capacity EU legislation and an intake of renewables” 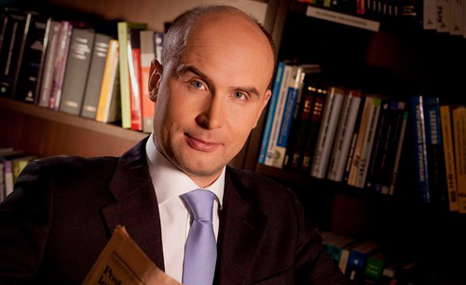 Gogolewski implicates state-controlled gas monopoly PGNiG as being a driving force behind these measures, and warns that the proposals could see local campaigns to block opencast mining or new power stations kept away from key discussions.

Poland’s environment ministry rejects this analysis, arguing that it is designed to smooth out the planning process rather than ban protests.

Spokesman Pawel Mikusek told RTCC the proposed laws were misunderstood and that established NGOs such as Greenpeace and WWF could still participate in discussions.

“Sometimes in Poland people set up an environmental organisation, but only in the name. Just because they want to make some kind of business, and say we will stop your investment because we will sit in the court for years and you will never do your job, until you do this or that.

“This is what we would like to stop – not environmental matters.”

He added: “In these new regulations we have obliged all investors to publish on their websites what they are doing on the fields, so people will have the basic knowledge what’s going on.”

Poland will host the COP19 climate change talks in Warsaw in November this year, but any hopes to be seen as a leader on the issues have taken a battering in the past 12 months.

About 90% of the country’s electricity is generated from burning coal, a fuel blamed for rising levels of carbon dioxide (CO2) in the atmosphere.

Environment Minister Marcin Korolec has actively promoted shale gas as an alternative to coal – but questions remain over the effect fracking has on local ecosystems and how much gas escapes during the extraction process.

On March 8 Poland had a legal complaint about the EU’s mechanism for cutting carbon emissions rejected by the European Court of Justice, and today it was referred back to the same court for failing to honour renewable energy directives.

“Local communities, which create local NGOs, cannot be excluded from participating in decisions concerning the environment they live in,” said Marta Majka Wiśniewska from the Polish Climate Coalition.

“There is nothing wrong about organizing yourself for causes that are important for you. Inhibiting social control and taking decisions about standards of life of citizens without asking for their opinion is against democracy and transparency.”

Last year Polish environmental groups claimed they were operating in a “climate of fear”, and Ola Antonowicz, from the Polish Green Network says civil society participation within Poland is low by EU standards.

“Only a few people get actively engaged in environmental organisations and they often do so only when there is new investment potentially theatening their well-being,” she said.

Estimates in 2011 that the country could hold as much as 5.3 trillion cubic metres (cm) of shale gas were recently dashed – last year, reserves estimates were slashed by around 90% – although reserves of 346bn-768bn cm could potentially serve the country for years.

Poland’s Geological Institute said in January that accurate estimates of the country’s shale gas reserves should not be expected before 2014.