Models of carbon dioxide in the oceans need to be revised according to research by the University of California, Irvine.

Plankton in warm waters were found to be almost twice as rich in carbon than previously estimated.

Prochlorococcus and other tiny microbes in the seas are an important long term store of carbon.

The researchers have upended a decades-old core principle of marine science known as the Redfield ratio, named for famed oceanographer Alfred Redfield. 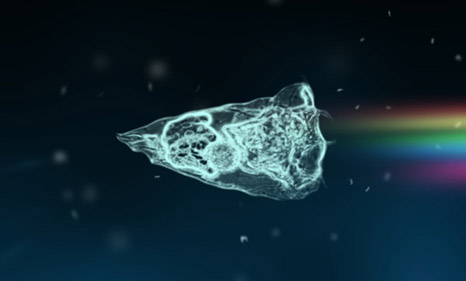 Plankton could be twice as rich in carbon as previously thought (Source: Flickr/eelke dekker)

He concluded in 1934 that from the top of the world’s oceans to their cool, dark depths, both plankton and the materials they excrete contain the same ratio (106:16:1) of carbon, nitrogen and phosphorous.

“The Redfield concept remains a central tenet in ocean biology and chemistry. However, we clearly show that the nutrient content ratio in plankton is not constant and so reject this longstanding central theory for ocean science,” said lead author Adam Martiny, associate professor of Earth system science and ecology & evolutionary biology at UC Irvine.

By comparing samples from numerous depths and at locations including the Bering Sea and the Caribbean, the researchers found carbon content increases in warm, nutrient starved waters nearer the equator.

Proponents of geoengineering have suggested that fertilising the oceans to encourage the growth of tiny marine life could help to absorb more CO2 from the atmosphere.

The new study, published in Nature Geosciences would suggest geoengineering could be more potent than previously thought, if the techniques can be perfected and approved.

Recent work at Harvard and Oxford Universities has suggested the ethical and political problems of geoengineering could be greater than the scientific challenges.