The Green Climate Fund (GCF), the UN’s principle climate finance vehicle, could be ready to receive its first donations before the next UN climate summit this November.

The board of the GCF is meeting in Berlin this week and after early setbacks on the issue of transparency, it has been able to make more progress than expected.

“It’s looking much more likely that there will be something that will be able to have funds pledged to it by [the UN summit in] Warsaw,” Amal-Lee Amin, associate director of the consultancy E3G told RTCC.

“That has surprised a lot of people. Expectations were low so this feels like a great outcome, but I think it genuinely is. The co-chairs have done a good job to get us to this stage in light of the fact that it had gone into meltdown at the end of last year,” she added. “It’s not a done deal but it feels achievable.” 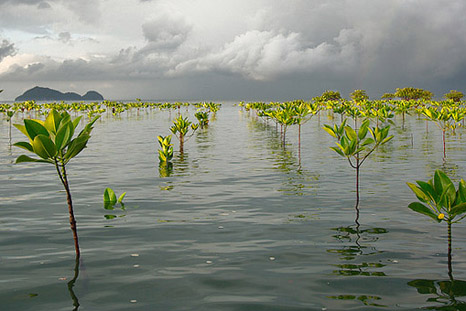 The GCF could be ready to receive its first pledges before the next UN climate summit in Warsaw this November (Source: Flickr/apes_abroad)

The board’s third meeting is an improvement so far on previous efforts that were dominated by frustration from NGOs and business groups, which were denied full access to the talks.

A step change in the pace of the process has now diminished some of that pessimism.

“They want the fund to be up and running quickly because some donors have money to put in now,” said Amin.

“This can only come forward once legal and administrative functions are agreed and with greater detail on the business model. Without progress on these it’s very unlikely resources can be pledged and they will either be diverted via other channels or even taken back by national treasuries. The UK, France, Norway and likely Germany should all have money to pledge.”

Debate on the Business Model Framework (BMF), the general mechanics of the fund, made swift progress with a draft decision presented by the board.

“The Indian delegate was keen to stress the urgency and he wanted the fund to commence,” explained Amin.

“This was very welcome and helped unblock the process. I think that the Board members are conscious that the international community is watching closely and the credibility of the Board was at stake,” claimed Amin.

Leadership by some countries – particularly Colombia who led the sub-group tasked with developing the terms of reference on the BMF process – and the deft co-chairing by South Africa and Australia were very important.”

Discussions in Berlin on Friday will turn to the equally difficult subject of how to raise the funds.

The GCF has a target to raise $100bn a year by 2020. The money will be used for low carbon projects and adaptation measures in the developing world.