The company behind the UK’s most advanced fracking operation has been forced to close one of its drilling locations until 2014 citing the need for further environmental assessments.

Fracking for shale gas involves pumping liquids into cracks in the rock to force open fissures and release the gas.

The US shale gas boom has lowered prices and cut emissions as power stations switched from coal to cleaner gas.

There have been concerns in the USA about tremors triggered by fracking and potential water contamination. New York State, Ireland and France are among those who have banned fracking until these issues have been addressed.

The UK has said it will permit the process as long as strict environmental regulations are adhered to.

The Cuadrilla hiatus suggests the industry is willing to play ball. Cuadrilla has ten UK licences and has begun test drilling at three of the sites so far. 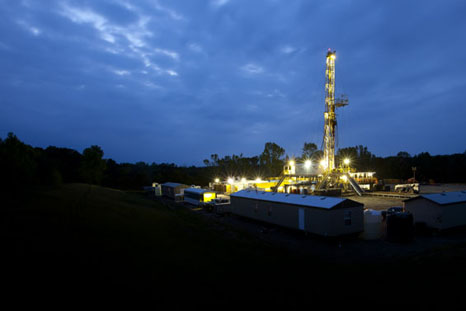 The US shale gas boom has progressed faster than anywhere else in the world (Source: BHP Biliton)

The Guardian reports that the company has previously attracted the ire of the Government for failing to report damage to a drill casing.

“My department is concerned Cuadrilla failed to recognise the significance of the casing deformation experienced in the earth tremor triggered by fracking operations on 1 April 2011,” wrote former Energy Minister Charles Hendry in a letter to the company.

“In the light of Cuadrilla’s responses to the department’s subsequent inquiries, I have formed the view that this failure discloses weaknesses in Cuadrilla’s performance as a licensee, which need to be addressed.”

The delay is unlikely to unsettle the company. Earlier this week Cuadrilla chairman and former BP boss Lord Browne said the company would invest “whatever it takes” to get the shale gas industry off the ground in the UK.

There are large shale gas reserves in China and Europe but estimates are less certain and the industry less advanced. The most recent auction of Chinese licences included bids from property developers and a tobacco trader. It is thought US contractors would eventually be brought in to exploit the gas.

The shale boom helped the US to reduce its emissions by swapping coal for gas but global emissions were unaffected. Much of the displaced coal was exported rather than left in the ground.

WWF believes shale gas is potentially a distraction from renewables investment. It recently conducted a survey of European citizens finding that 70% prioritized renewables over nuclear power and shale gas.