He rarely minces words, calls out players for poor performances and goes to great lengths to clearly explain passages of play in his strong Mancunian accent.

Football is one thing. But can the former Manchester United and England fullback fare repeat that feat when talking about his new passion – the environment and green buildings?

On the evidence of a short conversation with RTCC today, the answer is yes. For Neville, speaking from a Climate Week event at Old Trafford, sustainability is simple, a concept that cuts to the heart of the fundamentals of our existence.

“The reality is it’s a real every day major issue for families around the country,” he told RTCC.

“There isn’t a day that goes by where you won’t see the fact that older people have to turn the energy off in the middle of winter because they can’t pay the bills, these are things that are real serious everyday issues that don’t need dressing up or any icing put on with cherries.

“They are real big issues – water, gas electric bills are huge, and we need to get cheaper, cleaner electricity and we need I think to become less reliant on the rest of the world if we can.” 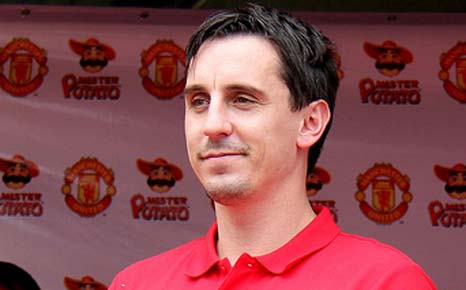 Neville launched Sustainability In Sport with Ecotricity founder Dale Vince in 2012 – the pair aim to raise the profile of renewable energy (Pic: Flickr)

By his own admission Neville lived the Premier league lifestyle – driving a big car and living in a ‘gas guzzling’ house which required frequent LPG gas deliveries.

But building his own home in his early 20s gave him a taste for energy efficient design, a passion that he has taken with him since hanging up his boots and becoming an England coach and Sky Sports pundit. The home has since been greened and the car changed to a Toyota Prius.

Last year he launched the Sustainability in Sport Foundation with Ecotricity founder Dale Vince, an initiative Neville hopes can help to drive interest in the sector.

Perhaps more importantly, he is investing in the construction of a new ‘zero carbon’ home outside Bolton. It made headlines last year, with one article comparing it to Teletubbyland and local residents petitioning against a proposed 100ft wind turbine. The turbine has gone, but plans for the house, which has a Code 5 sustainability rating, are still in the pipeline.

And while his enthusiasm for practical aspects of low carbon construction appears boundless, he is critical of the levels of political uncertainty affecting the UK’s green sector. “I have an interest in renewables, the politics around that are incredible, particularly around wind,” he said.

“It seems to be we all need to pull in the right direction, we all need to work towards the same goal, and there’s got to be sense, and sometimes it’s not applied to some of the renewable projects, and I think we have got to get better at that.

He adds: “It needs a coordinated effort and action from the government, and at the moment you just get the feeling there are people pulling in different directions, and it’s difficult to get a consistent approach to a number of these serious issues.” 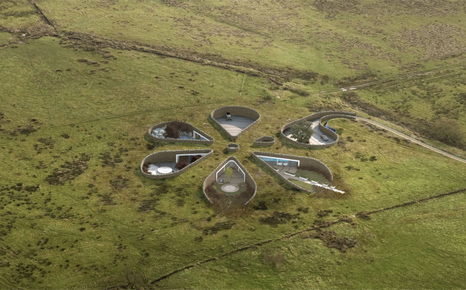 An artist’s impression of Neville’s eco-home, which he says will be built after concerns from neighbours were addressed (Pic: www.the-neighbourhood.com)

The 70-year-old Liberal Democrat from Surrey and the 38-year-old footballer from Bolton appear to have developed a mutual respect, to the extent that Neville was set to back government green building proposals before Stunell lost his post in September 2012.

“He was extremely knowledgeable and passionate about it, one of the very first people I met who actually knew the topic they were dealing with, and then he was moved out of his post, and for me that was a great frustration,” he said.

“I lost a little bit of desire and thought what’s the point? I might was well work in the private sector and try and make as much noise as I can because the fact of the matter is, we should be doing a lot better than that.”

UK government energy efficiency initiatives are currently coming online at a bewildering pace, the latest being the much hyped ‘Green Deal’ where homeowners can borrow money at favourable rates to retrofit their houses.

It’s not a scheme he will need to make use of. Neville is fortunate enough to have £6 million to invest in a new home and renewable energy systems that mean his future bills will be minimal.

But as in his footballing days, he’s an advocate of each individual giving what they can to the team, and from his vantage point he says he is confident that the UK public realise that small efforts can have a national impact.

“We’re talking about energy food and transport as the major issues,” he said. “All we can try and do – and I class myself as an everyday person on the street – is try and be as efficient as possible.

“You’re never going to get down to zero because you have to get to places but the reality is the more we try ourselves to become as efficient as possible, use as little energy, use as little fuel, travel on public transport and east local produce – they are the big issues that every person in the street can affect.”